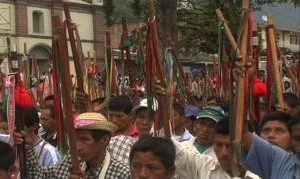 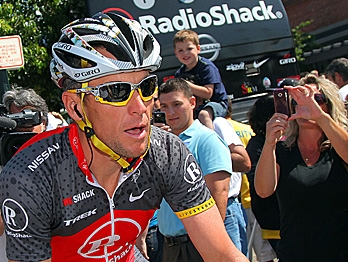 Lance Armstrong of Radio Shack rides to the start of stage five of the Tour of California on May 20, 2010. (Chris Graythen/Getty Images)
News

Lance Armstrong to Race in Tour of Luxembourg

By James Fish
Print
Radio Shack cyclist Lance Armstrong, who crashed out of the Tour of California and needed multiple stitches to repair his injuries, will be back in competition next week in the Tour of Belgium, continuing his preparation for his attempt at an eighth victory in the Tour de France.

The Team Radio Shack website announced the roster for the Tour of Luxembourg, which is a four-day event, June2–6.

After a three-year layoff, Armstrong returned to professional road cycling in 2009 and finished third in the Tour de France, the world’s most prestigious bicycle race. He had hoped to be in better shape this year, but stomach ailments and the crash in the Tour of California may have hampered his efforts.

The 97th running of the Tour de France begins on Saturday, July 3rd, and lasts until Sunday, July 25th, covering more than 3600 kilometers from Rotterdam in the Netherlands to the borders of Italy and Spain, ending in Paris.