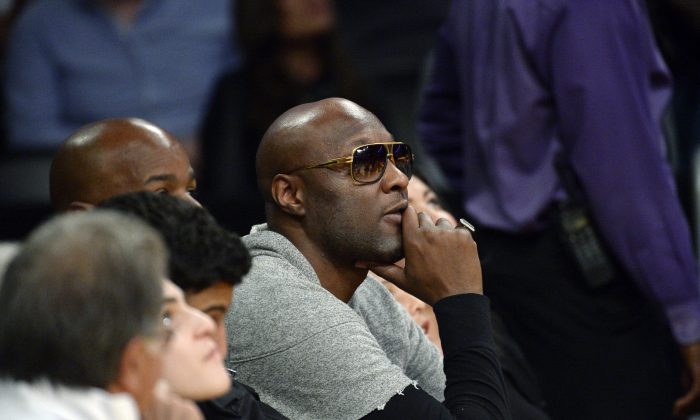 Lamar Odom Opens Up About Khloe Kardashian: ‘Everything Is Under Discussion’

Lamar Odom opened up about his personal life in a new interview, addressing rumors that he’s started partying again and that his marriage to Khloe Kardashian is over.

Kardashian had reportedly filed for divorce from Odom last year, but postponed the process after Odom suffered from a drug-induced heart attack in October.

“I mean, it gets tough, especially if so much gets speculated,” Odom told Entertainment Tonight, in reference to photos of himself at a bar. “Only a few people know the truth, and I just keep that close to my heart.”

Asked about his marriage, Odom said that things were still being discussed between him and his wife.

“We did talk, you know, everything is [up for] discussion,” Odom said. “We talk about anything. We’ve been through a lot. It won’t ever stop.”

Although officially separated, the pair made an appearance together at the Yeezy Season 3 fashion show in early February.

Odom had attended a Laker’s game that night, the last game Kobe Bryant would play for the Lakers, with whom Odom won two NBA championships in 2009 and 2010.

“He had 60 [points] tonight. He is the world, learned so much from him off the court, on the court, everything kinda translates and life is beautiful,” Odom said of Bryant, whom he has called an “older brother.”