Great Wall of China Found to Be Almost 9,000 Kilometers Long
0 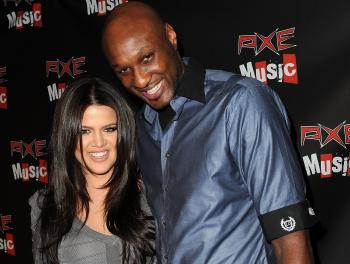 By Alex Johnston
Print
Khloe Kardashian Odom and her husband, Lamar Odom, the power forward for the Los Angeles Lakers, are slated to get their own reality show.

The show will run for eight episodes and will be called Khloe & Lamar, airing on E!

The show will feature the lives of Odom, Kardashian, and her brother Rob, who lives with the couple, the network said.

"Lamar and I are so blessed to have been given such an amazing opportunity to take this journey together as a couple," Kardashian told E! News. "I know that it will only strengthen the bond we have and the love we share for each other and we're so excited to share our lives with our fans."

Filming will start early this year.

Odom noted that the show may make him a lightning rod for criticism for taking on too much extracurricular activity during the 2010-2011 NBA season while the Lakers are trying to defend their two consecutive championships.

“Yeah, of course,” Odom told Fox Sports, speaking of potential criticism. “That’s almost like the added incentive a little bit. I’ll make sure I remain sharp and stay in the gym, but basketball is basketball. I won’t tire myself out. Of course, if I don’t play well, it’s easy to take a shot at me.”