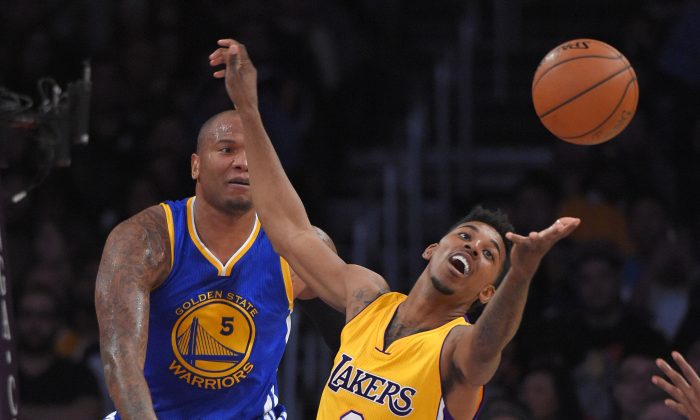 Lakers Whip Warriors; Are The Lakers Better Without Kobe?

Yesterday, the Lakers defeated the league-best Golden State Warriors 115 – 105, at one point leading by as much as 24 points —  playing without star guard Kobe Bryant.

This result begs a familiar, but critical question: Are the Lakers better without Kobe Bryant?

For Lakers coach Byron Scott, the answer is simple and blunt:

Though the players’ personalities differ and they each answered the question in their own style, one will find that it seems they are essentially saying the same thing.

Lin said, “It’s definitely different because when he’s (Kobe) in the game he’s our best player so you want to definitely try to cater to him. And get him (Kobe) goin’ and allow him to do what he does. We’ve got to find a balance to get the best of both worlds.”

Young said, “Pretty much you’re gonna have to tell Kobe to pass me the ball(laughing). Pass us the ball. Tell him to take the backseat for a little bit.”