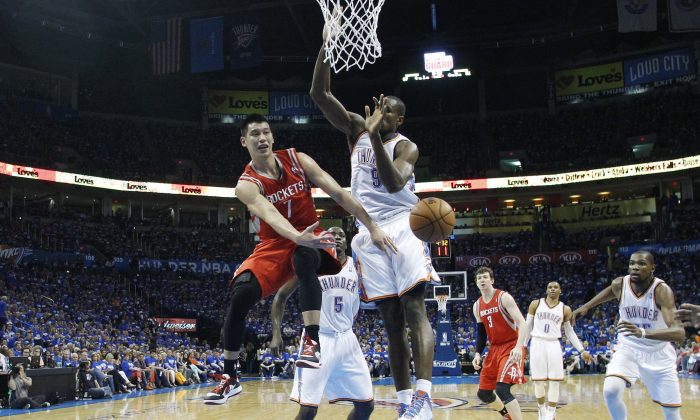 Jeremy Lin, one of the latest additions to the Los Angeles Lakers roster, said he’s happy to be there.

A few days ago, Madame Tussauds in San Francisco unveiled a wax figure of Lin, and he spoke about being traded to the team.

“I’m definitely excited to be in LA,” Lin said. “How I describe it, it is a fresh start. It’s a breath of fresh air to be able to start somewhere new.”

He added: “I think it’ll be really fun, really challenging. I enjoyed my time in Houston, but I’m definitely focused in on next year.”

In another interview, Lin said that he will be a “subplot” during the Lakers-Houston Rockets opener on Oct. 28. Lin was traded from the Rockets, where he played last season.

“To be honest, I think I’m a subplot,” Lin said, according to Lakers Nation. “I’m glad, but it’s not an opening night centered around me. It’s more Kobe and Dwight.”

He added: “It kind of reminds me of me going back to New York. Every time I go back to New York now, it’s not really as nearly a big of a deal. It was James versus Melo, and now it’s Kobe versus Melo. So, I do think it’ll be fun. It’ll be interesting. I think we’re all pretty excited for the game.”

The reports about Lin come has it was noted that Kobe Bryant has scored more points than any other player by his 36th birthday in NBA history. According to FTW, “In his 18 seasons in the NBA, he’s had 31,700 points, 6,601 rebounds, 5,925 assists, 1,835 steals and 620 blocks. These numbers are unbelievable on their own, but even more impressive when you consider Kobe’s age. In NBA history, no player has scored more points by the age of 36.”