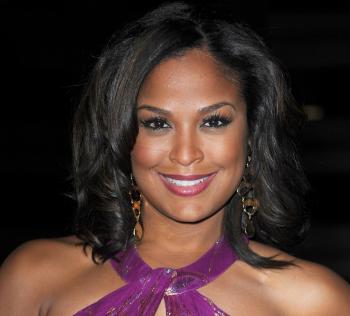 “I am pregnant again! I’m three months, and I’m so excited, my family is excited. I’m hoping it’s a girl this time,” Laila announced in a video message recorded for People magazine.

“He loves kids. He just loves to kiss ‘em to death.”

A former boxer herself, Ali says it’s a challenge to stay fit during pregnancy.

"I've noticed I'm putting on weight faster this time, I started showing sooner, staying fit is a challenge, even if you are a former world-class athlete such as myself, because you just don't have the energy that you used to have," she said. "Also, I have to hold myself back because I want to work harder than I'm able to."