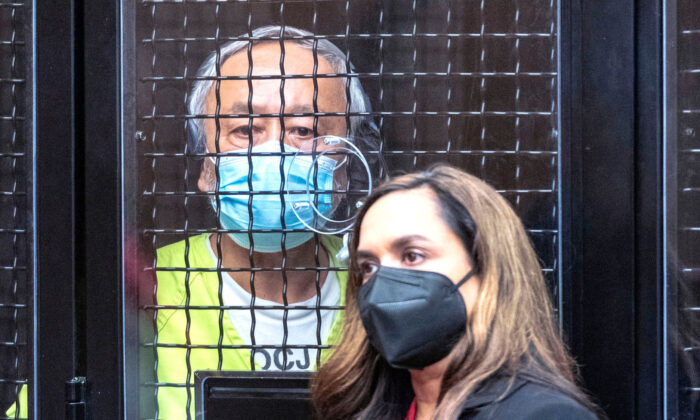 David Wenwei Chou, who was ordered held without bail, was scheduled to return to court Oct. 21 for a pretrial hearing.

Chou, 68, is accused of opening fire with two semiautomatic handguns May 15 inside the Geneva Presbyterian Church where a Taiwanese congregation was holding a luncheon to celebrate the return of a former pastor. Authorities said Chou carried out the shooting due to a long-standing grievance against the Taiwanese community over tensions with China.

Chou allegedly mingled amid the congregation and barricaded the church doors in hopes of trapping people inside. Authorities said he was in possession of four incendiary devices resembling Molotov cocktails, along with a bag of additional ammunition.

Orange County District Attorney Todd Spitzer said previously he believed Chou intended to kill everyone in the church, then burn down the building.

Aliso Viejo-based Dr. John Cheng, 52, was killed in the shooting when he rushed the gunman. Authorities say his actions bought time and allowed other parishioners to subdue the assailant, who was hogtied with an electrical cord until police arrived.

Chou is charged with one count of murder with a special circumstance allegation that the attack was racially motivated. He is also charged with five counts of attempted premeditated murder, four counts of possession of an explosive device and faces sentencing enhancements for lying in wait and the personal discharge of a firearm causing death.

Chou faces at least life in prison without parole if convicted at trial and is eligible for the death penalty if prosecutors pursue it.