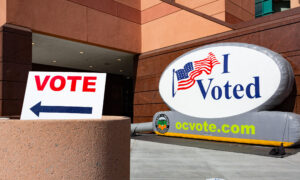 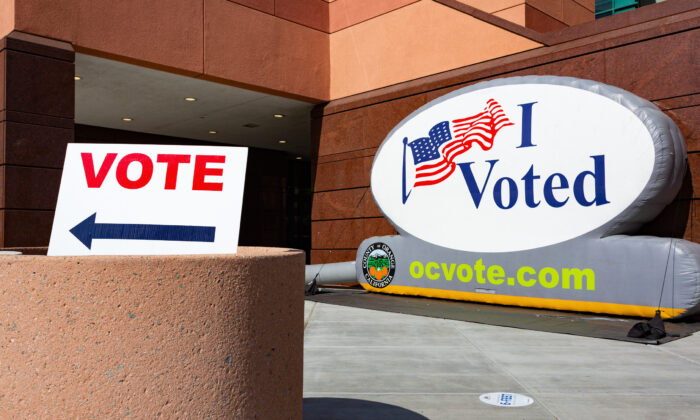 Laguna Niguel Mayor Laurie Davies will be heading to Sacramento as part of the California State Assembly after winning Orange County’s 73rd District seat in the Nov. 3 general election.

The seat was one of six Assembly seats up for grabs in the county along with two seats in the state Senate.

With 58.2 percent of the vote, Davies, a Republican, is leading Democrat Scott Rhinehart, with 41.8 percent, for the seat vacated by Bill Brough, the incumbent who was outvoted in the primary.

Following her victory, Davies spoke with The Epoch Times about her recent campaign.

“I’m extremely excited,” Davies said. “It’s 17 long months of campaigning, and to be able to have succeeded, and to know that I’m going to have the opportunity to represent my district up in Sacramento, I’m excited, I’m honored, and I’m humbled.”

Davies said she “felt good” about her chances heading into Election Day.

“I felt that I did everything that I could have done, including raising money, campaigning, walking, getting the vote out, so you know I did everything I needed to do,” she said. “And so I felt good about it—but you never know.”

She added, “I’m one of those that will keep running until Nov. 4.”

Davies also talked about what she hoped to accomplish during her first term in Sacramento.

“I hope to accomplish building relationships, good relationships, across the floor, and getting some good common-sense legislation done—legislation that will help our small businesses, especially after COVID,” she said.

The Laguna Niguel mayor said she also wants to work on “district legislation that’s going to give local control back to our cities.”

“At that level, they know what’s best for the city,” she said. “One size doesn’t fit all.”

In addition to local control and helping small businesses, Davies said safety has always been her priority.

“The 73rd [District] is probably one of the safest districts in California, and I want to make sure that it stays that way,” Davies said.

“We’re making good decisions, and making sure that our law enforcement have all the tools that they need to be able to keep [it] the safest district around.”

Davies has served on the Laguna Niguel City Council since 2012 and was selected by the council to serve as mayor in November 2019.

Originally from Fond du Lac, Wisconsin, she moved to California to attend the California State University–Long Beach, where she graduated with a degree in Radio/TV/Film and a minor in Communications. In addition to her career in politics, Davies also runs her own company, Five Star Weddings and Events, which she began in 1999.

In other Orange County races for the state legislature, the incumbent candidates for the Assembly are all on their way to retaining their seats, while two challengers for Senate seats are leading their currently serving opponents.

In the 68th District, Steven Choi, an incumbent Republican, has received 52.85 percent of the vote, while Democratic challenger Melissa Fox has received 47.15 percent.

In the 72nd District, Republican incumbent Janet Nguyen is leading with just over 54 percent of the vote, compared to Democratic challenger Diedre Nguyen’s 46 percent.

In the 74th District, incumbent Democrat Cottie Petrie-Norris, with about 50.8 percent of the vote, leads Republican Diane Dixon, with around 49.2 percent.

There were two Orange County seats contested for the California Senate.

The Orange County Registrar estimates there are about 94,281 ballots left to count. Mail-in ballots postmarked by Election Day can be received as late as Nov. 20 and still be counted under state law.