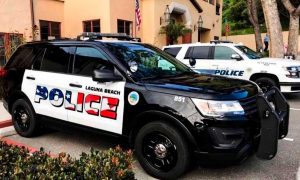 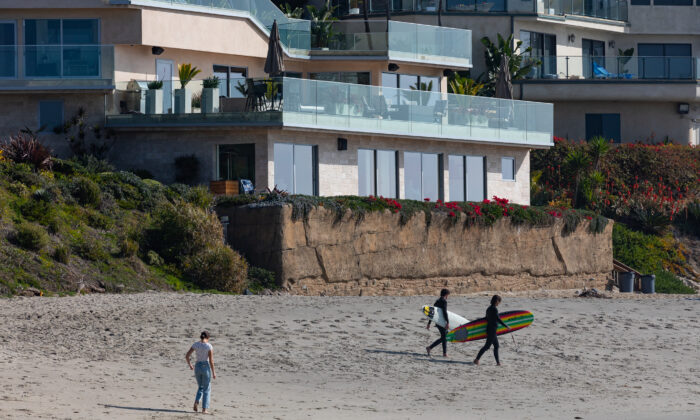 Surfers walk past a seawall built in front of a home at Victoria Beach, in the city of Laguna Beach, Calif., on Jan. 8, 2021. (John Fredricks/The Epoch Times)
Southern California

The city of Laguna Beach, California, is launching a new pilot program for an on-demand residential transit service in certain neighborhoods that will bring residents to downtown areas.

The shuttle will transport those living in the neighborhoods of Arch Beach Heights, Bluebird Canyon, and Top of the World downtown. Those wishing a ride can schedule one on a smartphone app.

The city council unanimously approved the program during a July 27 council meeting in response to a ridership slump on its traditional trolleys from the three neighborhoods.

“Back in 2017, there were some discussions about what to do with the neighborhood transit service because we were seeing declining ridership and looking at options to hopefully boost that ridership and promote the service,” Michael Litschi, Laguna Beach deputy director of public works told the council.

The city consistently observed that fewer than 10 riders per hour were boarding the trolleys, which is below the Orange County Transportation Authority mandates for minimum ridership. By comparison, the trolleys’ coastal routes during the summer typically record about 40 riders per hour.

“It wasn’t a lack of marketing, it wasn’t that people didn’t know that there was a trolley that served the neighborhoods, it was that for one reason or another, the service and the service design did not work for them,” Litschi said. “We heard from residents that they wanted more frequent service, more reliable service, and services that operated extended hours later into the evening.”

With such requests in mind, city staff designed the new residential transit program. It will feature four vehicles, with three operating at one time. Instead of fixed-hour intervals, those requesting the service on the app or by calling the city’s transit phone number can expect to wait 15 to 20 minutes.

Bicycle racks will be added to the vehicles, which will be owned and operated by LAZ Parking, the same contractor the city uses to manage its trolley system.

The rides will be free; children aged 13 and under must be accompanied by an adult.

Funding for the program will come from the city’s $753,000 transit fund, which was included in the 2021–22 fiscal year budget, although it wasn’t clear how much the service will cost.