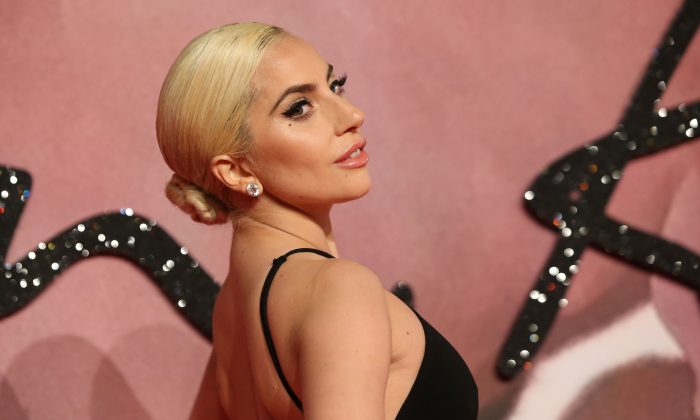 US singer Lady Gaga poses for pictures on the red carpet upon arrival to attend the British Fashion Awards 2016 in London on December 5, 2016. (DANIEL LEAL-OLIVAS/AFP/Getty Images)
Entertainment

Lady Gaga on Thursday said she was canceling her performance at Brazil’s Rock in Rio Festival on Friday after having been hospitalized due to “severe pain.”

The 31-year-old singer said she is “devastated” that she’s not well enough to perform. The cancellation comes not long after the star opened up about suffering from a chronic pain disease called fibromyalgia.

“Lady Gaga is suffering from severe physical pain that has impacted her ability to perform. As a result, she sadly must withdraw from this Friday’s Rock In Rio performance,” read a statement posted on her social media account. “Lady Gaga is under the care of expert medical professionals.”

Her performance at the Rock in Rio Festival was part of her Joanne World Tour. She already announced that she was planning a break after the tour due to the illness.

The “Pokerface” singer described her condition on social media.

“I was taken to the hospital, it is not simply hip pain or wear and tear from the road, I am in severe pain.”

The long-term condition causes pain all over the body. According to the American College of Rheumatology, fibromyalgia affects 2 to 4 percent of people, more often women than men. It is a neurological problem that causes pain and tenderness that can come and go. People who suffer from the condition often report fatigue and sleep problems.

She snapped an image of her tattoo on her neck while she was in the hospital bed. “Remember years ago when I tattooed Rio on my neck, the tattoo was written by children in the favelas. Rio you hold a special place in my heart,” she wrote next to it.

A photo uploaded on Instagram showed a drip in her arm. “Brazil, I’m devastated that I’m not well enough to come to Rock In Rio,” she wrote in the post. “I have to take care of my body right now.”

Lady Gaga recently canceled her concert in Montreal on Sept. 4 because of a respiratory infection and laryngitis, of which the main symptoms are swollen vocal chords, hoarseness, and loss of voice. She said in a tweet that she would send free pizza to her fans.

The star, who was born Stefani Joanne Germanotta, was recently at the Toronto International Film Festival promoting her documentary called Gaga: Five Foot Two, that reveals how she copes with fibromyalgia.