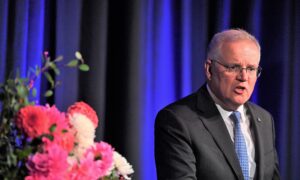 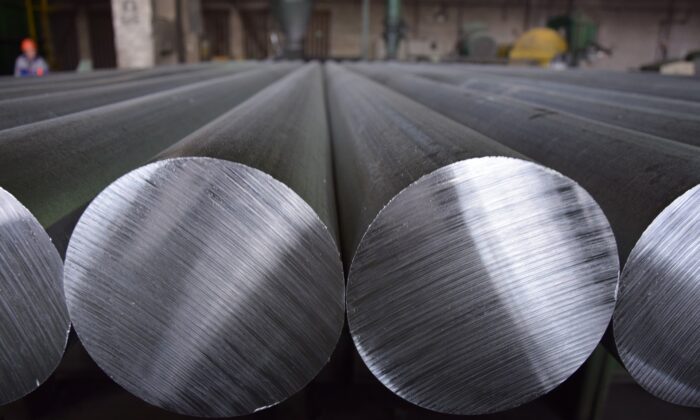 Aluminium rods in a production facility. (rualuminas from Pixabay)
Australia

The smelter is one of Australasia’s largest, contributing $1.5 (US$1.2) billion per year to the Australian economy and producing 25 percent of Australia’s primary aluminium.

Tomago was forced to power down several times after a lack of energy capacity saw prices skyrocket and, according to Australian Energy Market Operator data, reached a peak of over $7,650 (US$5,940) per megawatt hour so far this month.

This is a staggering 18,000 percent increase over the median price of around $42. Tomago chief executive Matt Howell told The Daily Telegraph that they were forced to repeatedly power down because they couldn’t afford the price.

Howell attributed the spiking energy prices to a lack of reliable supply when the grid relied heavily on renewable energy.

“No one disputes the energy system should transition to more cleaner sources; we are actively pursuing renewables like wind, solar and hydro,” Howell said. “But the fact remains there are substantial parts of the day and night, particularly in winter, where the dispatchable generation is not there.”

Howell also mentioned that more than 600 MW worth of operations had to be sacrificed in each instance and that if it were not for that, NSW may easily have faced an energy shortfall that could have resulted in homes being left without power.

The Daily Telegraph reported that the lack of power capacity came from outages at nearby coal-fired power stations, some of which were unplanned.

The news of the skyrocketing prices and power shortages comes as NSW prepares to close the Liddell coal-fired power station in 2023, which will equate to an exit of 1,680 MW of reliable energy from the grid. The NSW government has set a target of 1,000 MW to replace the loss partially.

“What we are seeing now is regular interruptions—and it is not even winter—because of a lack of dispatchable capacity,” Howell told The Daily Telegraph. “And that is why we absolutely welcome the federal government‘s announcement today on Snowy’s Hunter Valley gas plant. It is essential to provide that dispatchable generation when there is no solar and when the wind drops off.”

Both of the gas-based power stations announced by the federal government came under scrutiny, with environmental groups calling to cut out gas altogether.

“The Morrison Government should not be funnelling taxpayer dollars into gas and making long-term plans around an industry that’s driving climate change,” said a Climate Council spokesperson. “Gas is already being out-competed by clean, affordable, renewable energy.”

“The last week has been a minor dress rehearsal for what would happen if Liddell closed without replacement,” Taylor told The Daily Telegraph.

“Snowy Hydro’s Hunter power Project at Kurri Kurri is exactly what is needed to keep our grid affordable and reliable and ensure manufacturers like Tomago can continue to operate.”

The NSW Government had previously declared it would spend $750 million on renewables for its net-zero plan, part of an $11.6 billion investment over the next 10 years.