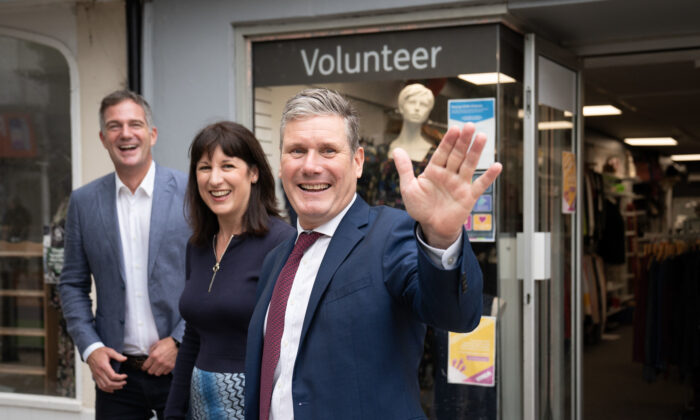 The Labour Party will promise to scrap business rates as part of a dramatic overhaul of the taxes paid by firms.

Shadow chancellor Rachel Reeves is set to announce that a Labour government would immediately cut the business tax, before eventually phasing it out completely.

But she will also commit to closing loopholes that allow some firms to avoid tax, promising to abolish measures that do not provide an economic benefit.

The move comes as Labour seeks to get its conference back on track following internal rows over party rules, criticism of Sir Keir Starmer after he ruled out nationalising energy giants, and the fallout from Angela Rayner’s attack on the “scum” in Boris Johnson’s Cabinet.

Labour will focus on economic issues on Monday, with a focus on a looming cost of living crisis as well as Reeves’s taxation reforms.

In her set-piece speech, Reeves will say: “Our high street businesses do so much to enrich our lives and our communities, facing huge adversity in the past year. They are struggling right now, with a cliff edge in rates relief coming up in March.

“The next Labour government will scrap business rates.

“We will carry out the biggest overhaul of business taxation in a generation, so our businesses can lead the pack, not watch opportunities go elsewhere.”

Reeves will tell Labour’s conference in Brighton that the current business rates system punishes investment, entrepreneurship, and the high street.

But she will also set her sights on the costly tax breaks offered to firms.

She will say: “There are hundreds of different tax breaks in the system.

“Some are important but too many simply provide loopholes for those who can afford the best advice.

“For businesses they create extra layers of complexity to navigate, and added together they cost more than our entire NHS budget.

“We will look at every single tax break. If it doesn’t deliver for the taxpayer or for the economy then we will scrap it.”

Labour’s business tax reform would look to shift the burden from the high street to online giants, and end the tax relief afforded to private schools due to their charitable status.

The party would also aim to raise £440 million ($602 million) by closing the carried interest loophole which relates to private equity fund managers and the share of profits made by investment deals.

The changes were welcomed by some business groups.

National Chair of the Federation of Small Businesses Mike Cherry said, “The shadow chancellor is right to propose concrete reform of a business rates tax which disproportionately burdens the small businesses and sole traders at the heart of local communities.”

He added: “Business rates is a regressive tax which hits firms before they’ve made a pound in turnover, let alone profit, whilst disincentivising sustainable investment.

“This proposal marks a welcome call to action that would take more small businesses out of the regressive rates system and rightly looks ahead to more fundamental reform.”

“Only the Conservatives can be trusted to support our businesses and help our economy thrive as we build back better.”

By David Hughes and Geraldine Scott