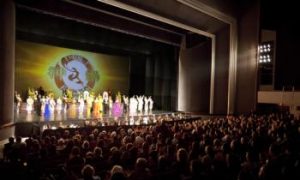 [xtypo_dropcap]L[/xtypo_dropcap]abour polls ahead of the Conservatives by its biggest lead since the General Election, according to a ComRes poll published on Tuesday, January 11th.

The poll shows Labour on 42 per cent, the Conservatives on 34 per cent, and the Lib Dems on 12 per cent.
This is the biggest lead for Labour in a ComRes poll since they began to carry out surveys for The Independent five years ago.

The poll, carried out among 1,000 people over the weekend, comes on the heels of a VAT hike and as the nation waits for the cuts to services to bite into employment levels.

The poll also tested voters attitude towards the coalition, with 32 per cent saying the country is better off with a coalition government and 58 per cent preferring a single party with an overall majority.

But the poll suggests Labour has yet to get a handle on the key political issue of the economy, with only 36 per cent of people agreeing that Labour would manage the economy better than the government.

The poll comes just before the Oldham East and Saddleworth by-election on Thursday, which is seen by many as a litmus test for the newly formed coalition government and its stark package of austerity measures.