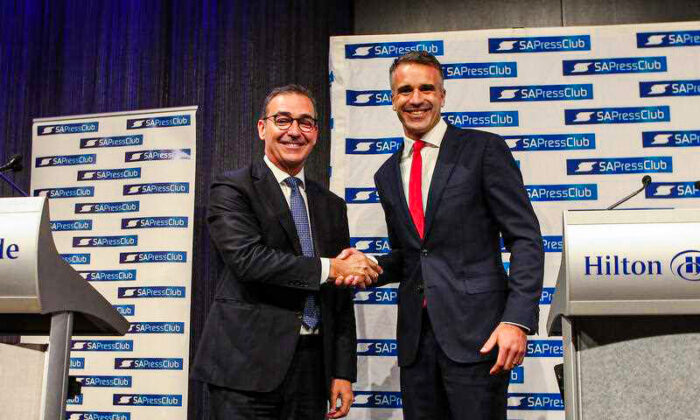 Continued counting in the South Australian election should bring into sharper focus the size of Labor’s win.

Led by former union boss Peter Malinauskas, the party looks set to hold at least 25 and possibly as many as 27 seats in the 47-seat House of Assembly after a big swing in Saturday’s poll.

The Liberals were expected to retain at least 15 seats with independents poised to take the remaining five.

The Electoral Commission had Labor’s primary vote up by eight percentage points to 40.5 per cent with the Liberals on 34.5 per cent.

More counting on Sunday could give a clearer picture in five seats still considered in doubt, including Dunstan, held by outgoing Premier Steven Marshall.

In a victory speech to the Labor faithful at Adelaide Oval on Saturday night, Malinauskas thanked the people of South Australia for their support.

“It is not lost on me the significance of the privilege and the size of the responsibility that you have invested in me and my team,” he said.

While in his concession speech, Marshall said it had been an honour and privilege to serve the people of South Australia.

“It’s great to live in a country where we have free and open elections,” he told supporters.

“Today the people of South Australia have spoken. They’ve elected a new government.”

The outgoing premier gave no indication on Saturday if he would stay on as opposition leader should he retain his own seat.

Among the independents to be returned were parliamentary Speaker Dan Cregan in the Adelaide Hills, Geoff Brock, who shifted to the seat of Stuart in the mid-north, and Troy Bell in Mt Gambier.

Fraser Ellis was also voted back in Narungga, which takes in Yorke Peninsula.

Both Cregan and Ellis were elected as Liberals in 2018 but left the party last year to sit on the crossbench.

In other results, Nick Champion successfully switched from the federal parliament to the state house, coasting to a win in the northern Adelaide seat of Taylor.

Labor’s victory in SA was the first against an incumbent government at any state or territory election during the COVID-19 pandemic.

Federal Finance Minister Simon Birmingham said Labor’s targeted campaign around hospitals and ambulances and the unlucky timing of the Omicron COVID-19 variant are among the reasons for Steven Marshall’s election loss in South Australia.

“I think there were many misleading aspects to that campaign, the electoral commission found so in the last day or so,” he told ABC’s Insiders program on Sunday.

Don Farrell, an SA Labor senator and mentor to Malinauskas, said he was “overwhelmed and proud” that he is now premier.

“One of the good things about him, is that when he says he is going to do something, he does it,” Senator Farrell told Sky News’ Sunday Agenda program.

The business sector was also quick to congratulate the new premier.

“It’s been a difficult few years and now that South Australians have made their decision, we can all focus on creating the best business environment possible in the face of challenges such as skills shortages, supply chain and climate change issues, geopolitical upheaval and rises in inflation,” Ai Group state head Jodie van Deventer said in a statement.