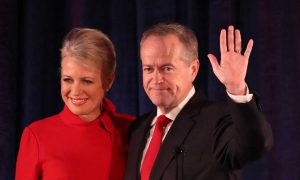 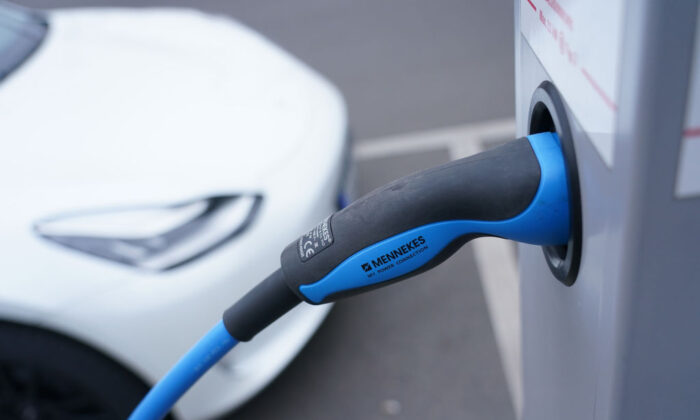 A Tesla electric car charges at a public charging station in the city center of Berlin, Germany, on Dec. 11, 2020. (Photo by Sean Gallup/Getty Images)
Australia

Australia’s federal opposition Labor Party announced on March 31 an election pledge that imported electric vehicles (EVs) will no longer be subject to import tariffs and the fringe benefits tax (FBT).

During Labor’s national conference, the opposition promised that, if elected, non-luxury EVs—that is, those costing less than around $77,565 (US$59,178)—will be exempt from a 5 percent import tax, as well as a 47 percent FBT for electric cars provided by work for private use.

Federal Independent MP Craig Kelly criticised the decision in a Facebook post for failing to take into consideration the underlying economic impact the tax cut would have.

Kelly pointed out that the decision would disadvantage workers unable to afford expensive electric cars. According to The Driven site, Australia has no EVs available under $40,000, with only seven vehicles cheaper than $70,000.

This proposal would not be Labor’s first push for EVs, with previous Labor leader Bill Shorten offering a stricter electric vehicle policy in 2019, with a plan for 50 percent of all new car sales to be electric by 2030.

The decision was criticised by some, including Minister for Energy and Emissions Reduction Angus Taylor, who said in a media release that the motion was ill-thought-of and based on “reckless” emissions targets.

“Rapidly increasing the number of electric vehicles on the road requires a plan for a multi-billion dollar investment in charging stations and supporting infrastructure,” Taylor said.

According to Taylor, independent modelling had also shown that the 2019 proposal would increase the cost of a new car by up to almost $5,000.

Treasurer Tim Pallas said the revenue generated—which could cost electric vehicle owners an additional $330 per year and hybrid owners around $260 per year—would be used to build electric vehicle charging infrastructure and maintain the state’s road network.

The Victorian Labor government was also criticised in March for not fulfilling an election pledge, where it promised to support the creation of an electric truck manufacturing facility following the closure of Hazelwood coal-fired power station—a decision that resulted in the direct loss of around 750 jobs.

During a Legislative Council debate (pdf) on March 17, Victoria MP Melina Bath referred to the “broken promises” as a “complete disappointment.”

“In 2018, the government stood prior to the election and announced that SEA Electric would bring 500 new jobs to the region and there would be 2,400 cars annually in production,” Bath said.

“And what do we see today, two and a half years later? We see zero jobs and, realistically, zero prospect of those 500 jobs,” she added.

Bath said that the electric truck manufacturing company, SEA Electric, had grown “so frustrated with the tardy and slow progress” of the Victoria Labor government, that the company may well be going elsewhere and overseas.