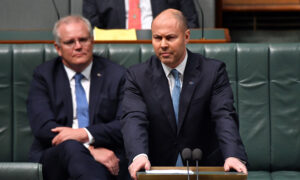 'We Owe It to the Next Generation:' Frydenberg Delivers Federal Budget
0
Share Now
FacebookTweetParlerEmail
Copy Link 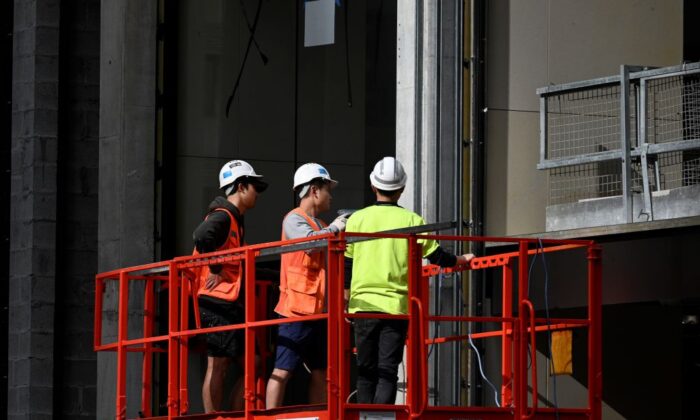 Labourers work at a construction site in the central business district of Sydney on June 18, 2020. ( Saeed Khan/AFP via Getty Images)
Australia

Labor MP: Men More Likely to Be Unemployed Due to CCP Virus Recession

Men are expected to suffer the most in the long term as male-dominated industries suffer job losses as a result of the economic downturn caused by the CCP virus pandemic, according to Labor’s Shadow Minister for Future Work Clare O’Neil.

In a speech to the McKell Institute on Nov. 2, O’Neil said that a report commissioned by the McKinsey Global Institute showed where the job losses will lie ahead.

O’Neil said that while female-dominated industries were more impacted during the “artificial recession” of the initial outbreak—when the government shut industries down— it is men who will now bear the brunt of the “organic recession” going forward. The organic phase of the recession happens when the initial suppression of economic activity bleeds into most other sectors of the economy, O’Neil said.

“While women lost more work in the first phase of the recession, the analysis I am releasing today shows that as we transition into the organic phase, there is a tsunami coming for workers in predominantly male industries,” O’Neil said.

“The Australian Bureau of Statistics monthly labour force data shows that by September 2020 men were more likely to be unemployed as a result of the COVID recession,” she said.

Figures from the Australian Bureau of Statistics (ABS) released on Oct. 3 show that the number of payroll jobs worked by men since March 14 decreased by 5 percent, compared to females which decreased by 4.2 percent.

The loss of total wages since March 14 has reduced by 5.6 percent for men compared to 0.4 percent for women, said O’Neil.

“For many Australian men, things are going backwards. The public discussion just doesn’t reflect their reality,” she said.

The Labor MP said most men “are decent” and are just trying to support their families. She called for the public to allow men the room to breathe and talk about “what’s going on for them.” She said that the issues facing men should not be forgotten because of a polarised political environment in regards to gender issues.

The focus on unemployment in men by the Labor frontbencher is a change for the Australian Labor Party (ALP) which has spent much of the last four months petitioning the government for more aid for women during the CCP (Chinese Communist Party) virus pandemic.

O’Neil had previously said in June that she was deeply concerned about the choices women were having to make in the pandemic and how it was affecting their economic prospects.

In particular, the data shows that when JobKeeper and JobSeeker end some of the hardest-hit industries in March next year will be the construction industry (88 percent male), the manufacturing sector (73 percent male) and the professional sector (lawyers, consultants—of which 57 percent are male).