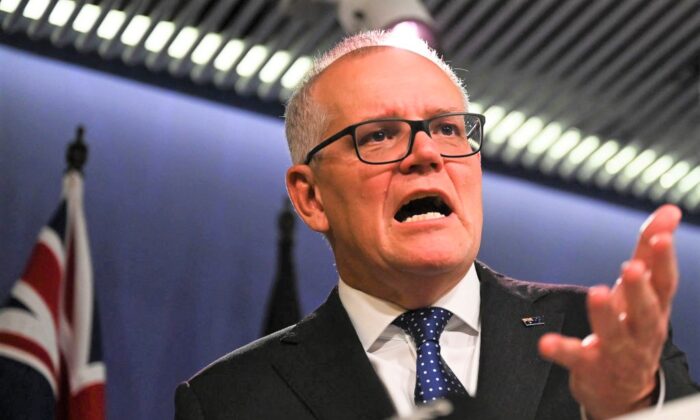 The Australian Labor government is reviewing a grant program implemented by former Prime Minister Scott Morrison and could take away funding from related industry projects.

After it was revealed that the former prime minister secretly swore himself into five minister roles between 2020 and 2021, The Sydney Morning Herald reported that Morrison had approved 17 projects as part of the Modern Manufacturing Initiative just before the federal election took place in May.

The news outlet said Morrison was targeting Australian voters with the $828 million (US$571 million) spending program as more than half of the manufacturing projects were located in electorates held by the Liberal-National Coalition, while just four were in safe Labor seats.

Federal Industry and Science Minister Ed Husic said the Labor government was reviewing the funding and that it was possible for some projects to lose the grants.

“We’re going through the review, and we’ll make a decision,” he told ABC radio. “It is a very big call to take money off the table for industries and businesses that have factored that in.”

While news of the grant program emerged following the revelation of Morrison’s ministerial intervention, Husic said he launched a review of the program earlier.

The minister also expressed his disapproval of Morrison’s explanation that he needed to sign-off on the grants because it was involved with multiple portfolios.

“That is a very convenient retrofit by the prime minister,” he said,

“I’ve been concerned for quite some time … I was concerned last year when I saw Morrison had made himself the decision maker, wrote to him – and his people didn’t think there was any issue with that.”

The review’s results are expected to come out before the Labour government announces its federal budget in October.

The report indicated that federal and state governments, and both sides of politics, engaged in pork-barrelling, with some grant programs having obvious signs of politicisation.

At the same time, it found that among the 19,000 grants approved by the previous Coalition government between 2017 and 2021, $1,9 billion was allocated to Coalition seats, while $530 million went to Labor seats.

“Pork-barrelling may be legally grey, but it is not good government,” she said.

“It wastes taxpayers’ money, undermines public trust in our political leaders and institutions, and promotes a corrupt culture.”

In light of the negative impacts caused by pork-barrelling, the Institute recommended that public servants be in charge of grant allocations. However, Husic said the decision should stay with politicians.

“Parliamentarians are elected to represent both community and national interest at the federal level,” he said.