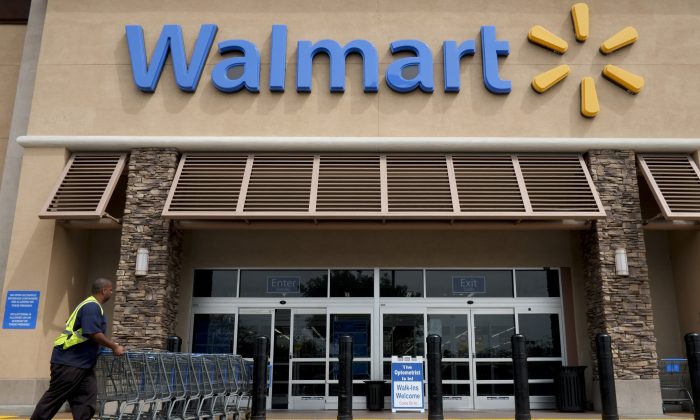 Labor Day is Monday, Sept. 1, and many government services–like schools and the post office–will be closed.

And a number of big companies also have the day off.

Most major banks like Wells Fargo, Chase, CitiBank, and Bank of America are closed. However, ATMs and online banking are available.

The New York Stock Exchange and NASDAQ also are not trading.

Mail delivery and the DMV are closed. Post offices are also generally closed.

But retailers like Walmart and Target will remain open–usually with Labor Day sales. However, Costco will be closed on Labor Day.

Meanwhile, public transportation is usually on a weekend or holiday schedule. New Yorkers should watch out for subway delays.

Here’s what is open or closed on the federal holiday:

Albertson’s is open on Labor Day. Some hours might vary, with some stores closing at 4 p.m. Check hours.

5 things to watch in this fall’s Senate races

ATLANTA (AP) — The top prize of the November midterm elections is control of the Senate for the final years of President Barack Obama’s administration. Republicans need six more seats to take over.

There are 36 races: 21 Democratic seats, 15 held by Republicans. Realistically, fewer than a dozen will be competitive.

But the Senate will tip the needle to one side.

If Republicans control both sides of Capitol Hill, they will have a much easier time sending GOP-friendly legislation to Obama, while continuing to stymie the president’s agenda. If Democrats retain a slight upper hand in the Senate, then it leaves Republicans to take symbolic votes in the House while trying to block the majority’s plans in the Senate.

Five dynamics to watch as Senate campaigns play out:

Democrats must defend seven seats in states where Republican Mitt Romney beat Obama in the 2012 presidential election. Incumbents are retiring in Montana, West Virginia and South Dakota, giving Republicans a strong head start toward their required six-seat gain. The GOP also is aiming at four Democrats in states where Obama remains unpopular: Mark Begich of Alaska, Mark Pryor of Arkansas, Mary Landrieu of Louisiana and Kay Hagan of North Carolina.

Republicans want to make the president an albatross for every Democrat, none more so than those in conservative states. Begich, Landrieu, Pryor and Hagan face ads attacking them as “the deciding vote” on the Affordable Care Act.

Other Democratic candidates are cast as “rubber stamps” for Obama and his “liberal agenda.” Democrats are trying to link Republicans to the House GOP caucus and its tea party influences. The caucus as a whole is unpopular for its role in 2013’s partial government shutdown, among other things. Hagan employs the same tactic against her opponent, North Carolina state House Speaker Thom Tillis. So Democrats use buzz words such as “extremist” and “obstructionist” to counter attacks about Obama. The strategies fire up partisans on both sides. The question is whether either can win the middle.

If there’s any politician in Kentucky as unpopular as Obama, it’s Sen. Mitch McConnell. The Senate’s Republican leader wants to be the majority leader, but first he must defeat Kentucky’s secretary of state, Alison Lundergan Grimes.

The race reflects everything about the national tug of war.

McConnell hammers Grimes as the “hand-picked” candidate of Obama and Senate Democratic leader Harry Reid of Nevada, whom McConnell decries as typical of liberals who don’t understand Kentucky. Grimes blasts McConnell as a vicious partisan past his prime who cares more about fighting with Democrats than helping Kentucky.

McConnell has Romney coming to raise money for him soon. Grimes has had help from former President Bill Clinton, and she brought in Massachusetts Sen. Elizabeth Warren, a hero in the party’s liberal-labor wing. In a state Obama lost by 22 percentage points, polls suggest the race will be tight.

Republicans are trying to make the election a referendum on Obama and general voter discontent. Many Democrats are trying to adhere by the adage that “all politics is local.” Louisiana’s Landrieu and Alaska’s Begich play up their support for their states’ oil and gas industries. Hagan emphasizes her office’s work helping North Carolina veterans. Pryor hammers Rep. Tom Cotton for voting against the farm bill and certain aid appropriations for Arkansas storm victims. Their hope is that home-state specifics trump Republicans’ broadsides against Obama.

After hundreds of millions of dollars are spent on television advertising, consultants and voter turnout operations, Senate control could come down to third-party candidates. Libertarian Sean Haugh isn’t going to win North Carolina’s Senate seat, but he might attract just enough conservatives to give Hagan a winning margin over Tillis. Haugh ran in 2002 and won more than 33,000 votes, or 1.45 percent. In Alaska, the Libertarian and Alaskan Independence nominees will be on the ballot with Begich and Republican Dan Sullivan. Libertarians also have a nominee in Georgia, where Republican David Perdue and Democrat Michelle Nunn are battling for an open seat.