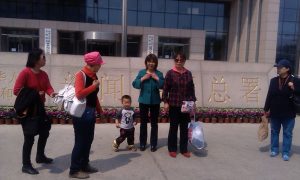 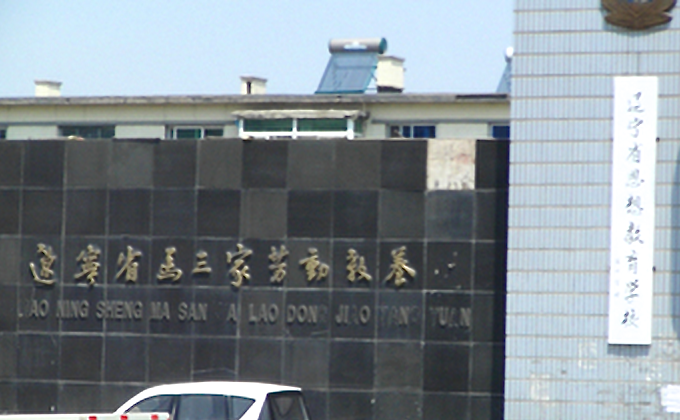 The picture shows the gate to Masanjia Labor Camp, a camp notorious for brutal torture and sexual abuse. On Nov. 15 the Chinese regime announced that reform-through-labor camps would be abolished. (Epoch Times)
China

According to a decision approved by the Chinese Communist Party’s Central Committee and published on Nov. 15, the notorious system of labor camps in China has been abolished. Many of the inmates will not notice any difference.

The reform through labor system—known as “laogai” in Chinese—was officially introduced in China in the mid-1950s. While drug addicts, thieves, murderers, and other common criminals have been sentenced to labor camps, the regime has always used the camps to punish in particular those guilty only of “incorrect” thoughts.

According to Human Rights Watch, the laogai is used to incarcerate “government critics, petitioners, whistle-blowers, rights activists, members of underground Christian churches, or banned religious sects, and others deemed a ‘threat’ to public order.”

Since the persecution of the spiritual practice Falun Gong (also known as Falun Dafa) began in 1999, the population of the camps has been heavily made up of the discipline’s practitioners. Then-Communist Party head Jiang Zemin launched the campaign to eradicate Falun Gong fearing its popularity and the challenge its traditional beliefs posed to official ideology.

According to the U.S. State Department’s 2008 Human Rights Report on China: “Some foreign observers estimated that Falun Gong adherents constituted at least half of the 250,000 officially recorded inmates in RTL (re-education through labor) camps.”

Most estimates of the population of the laogai far exceed the number of “officially recorded inmates.” Researcher Ethan Gutmann puts a low number for the labor camp population at 4 million and a high number at 6 million. He estimates the number of Falun Gong practitioners detained in the camps at any one time to be between 600,000 and 1.2 million.

The recent announcement abolishing the labor camps was not a complete surprise. Premier Li Keqiang predicted in March the camps would be closed, and since at least June there have been reports of labor camps closing.

In some cases, though, a labor camp “closes” by simply changing the sign out front. According to the state-run Legal Evening News, some labor camps have simply changed their names to “prisons” and “addiction treatment centers,” while continuing to practice forced labor.

Petitioner Zhou Houfang told Epoch Times that he was detained in the Hengyang City Labor Camp in southern China’s Hunan Province for more than a year beginning in 2012. When the labor camp changed its name to the Hengyang City Toutang Addiction Treatment Center, he wasn’t released but continued to be tortured.

Some Falun Gong inmates in labor camps were transferred to other places after the labor camps started to shut down.

Liu Yongping, a practitioner in Beijing, was transferred from Beijing Xinan Labor Camp to Xicheng Brainwashing Center in suburban Beijing this July because he refused to renounce his faith, according to Minghui.

As labor camps close, other alternative systems have kept on functioning to detain, torture, and brainwash Falun Gong practitioners and other prisoners of conscience.

“It is common for the Chinese Communist Party to make an apparent change on the surface to help bolster its image, while behind the scenes, it’s business as usual,” said Levi Browde, executive director of the Falun Dafa Information Center.

“We are seeing Falun Gong practitioners being sent to either prison (after show trials) or to ‘legal re-education centers,’ otherwise known as ‘brainwashing centers,’ which are even more opaque and arbitrary than the labor camp system,” Browde said. “The torture and abuse people face in these centers can be more horrific than a labor camp.”

Epoch Times has documented how the Chinese regime recently launched a three-year campaign aimed at “transforming” practitioners—forcing them to give up their beliefs–according to notices about the campaign published on official websites around China. In some areas, the official goal is to “transform” 100 percent of Falun Gong practitioners.

“Without supervision by the Chinese government, there’s no change in the nature [of detaining prisoners of conscience]. Such phenomenon of restraining personal freedom and deprivation of civil rights will not decrease in anytime soon.” Tang Jitian, Chinese rights lawyer, told Sound of Hope (SOH), “Such suppression will continue in more secret ways, such as brainwashing centers, which is no less harmful than Laogai.”

Zhao Pei, a political commentator who closely follows China issues, told SOH, “After the abolishment of the laogai system, the authority will possibly suppress people with [prison] sentences, which are even more severe than laogai.”

The labor camps in China have gotten a lot of attention, in media in and out of China, this past year.

Last year before Halloween, Oregon-resident Julie Keith opened a box with Halloween ornaments and discovered a letter for help written by a detainee in the Masanjia Labor Camp in northern China’s Liaoning Province.

The letter, written in pencil in broken English, asked the person who read it to contact the “World Human Rights Organization.” The letter described how inmates worked more than 15 hours a day with income “close to zero,” and suffer from “ruthless torture.” A large number of the inmates are Falun Gong practitioners, the letter said.

Her local newspaper told of the letter, and the story was then picked up by media outlets around the world.

This April, Chinese reporter Yuan Ling published an article in China’s Lens Magazine describing a variety of torture methods used at Masanjia Labor Camp, based on interviews with former prisoners.

The detainees reported being shocked in the face with electric prods, suspended by the arms and beaten, and having four limbs spread apart on a bed and being left there for hours, which is called the “dead person’s bed” torture.

Du Bin, a New York Times photographer, made a documentary based on interviews with 12 former Masanjia inmates titled, “Women Above Ghosts’ Heads,” which was then released in Hong Kong and Taiwan.

“The purpose of producing the film is to let the public know what they should know. At Masanjia, they don’t treat females as women, rather they torture them and force them into slave labor,” Du Bin told New Tang Dynasty (NTD) Television.