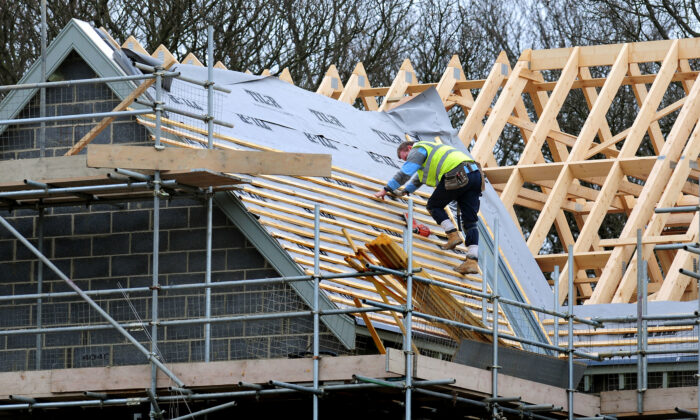 Subcontractors in the construction sector have been charging more, while supply shortages are pushing up the costs of materials for builders, an influential survey has found.

The UK’s construction industry has seen growth slow, with output rising, but to the smallest extent in eight months.

The IHS Markit/CIPS UK Construction Purchasing Managers’ Index (PMI) gave the sector a score of 52.6 in September, down from 55.2 a month earlier.

It is the index’s lowest score since early in the year, but is still in positive territory. Anything above 50 is considered growth.

Companies who were surveyed said the slowdown was due to heavily publicized supply chain problems, but also softer demand.

Unpredictable prices have caused some customers to delay decisions on who to award contracts to, the survey found.

The sector is now facing something of a labor crunch. Businesses have been hiring at high speed since the beginning of the year, but are now having to wait a long time to fill vacancies, despite many jobs being created.

This is being exacerbated by a shortage of sub-contractors, which has in turn pushed up the price of hiring contractors.

Many businesses, 78 percent, said that their costs increased last month.

“Construction activity suffered another setback in September, as builders were hammered by staff and material shortages, delivery delays, and higher business costs, as this phase of the post-pandemic recovery became the shakiest for eight months,” said Duncan Brock, group director at the Chartered Institute of Procurement & Supply (CIPS).

He added: “Good news for job-seekers though as the demand for skilled labor remained unabated, and companies were left wanting more.

“Sub-contractors were unable to fill the widening gap of need as their availability shrank and prices charged accelerated to record levels.

“Unless stronger supply chain performance is nailed down along with headcount, we are heading towards a stagnant autumn because the sector is certainly not on an even footing at the moment.”