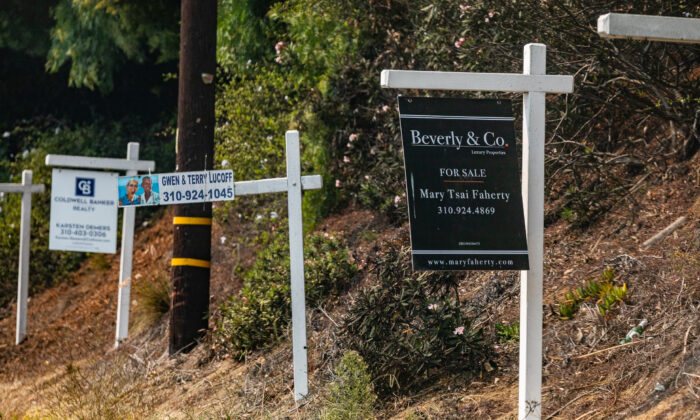 LOS ANGELES, Calif.—The Los Angeles City Clerk approved the circulation of a union-backed petition that aims to fund affordable housing and tenant assistance programs through a special tax on property sales above $5 million in the City of Los Angeles.

The group behind the effort—Alliance for Community Transit-Los Angeles (ACT-LA)—began collecting signatures for the effort on Feb. 19, two days after the city clerk’s approval. The initiative, called House LA, is supported by more than 40 coalitions and unions.

“We hope to get 65,000 signatures by registered LA City voters by the end of April in order for the initiative to be on the 2022 ballot,” Laura Raymond, director of ACT-LA, told The Epoch Times in an emailed statement.

The proposal seeks to create programs that will increase affordable housing units and provide aid to tenants at risk of homelessness funded through an additional tax on sales and transfers of properties of more than $5 million. The tax rate would be 4 percent of the value of a property that exceeds $5 million, and 5.5 percent for any property that is $10 million or more.

However, existing qualified affordable housing organizations will not have to face this new tax. Funds for the program would be allocated for supportive and affordable housing programs including development, construction, acquisition, rehabilitation, and operation of housing, according to the city clerk’s news release.

Additional funds of the program will go toward “financial, educational, and other resources to low-income and other tenants at risk of homelessness, displacement, or eviction.”

The program would also appoint a Citizens Oversight Committee to develop further guidelines with a clear goal to develop 26,000 additional homes over the course of 10 years.

The initiative claims that by increasing the property transfer tax on real estate properties exceeding $5 million, it will “generate an ongoing revenue source” which will allow the city to create more tenant stabilization policies “to proactively keep vulnerable households from losing their homes” and instead, build housing tailored to the city’s lower-income households “thereby directly preventing and reducing homelessness across the City and lowering the City’s housing costs.”

“The programs and policies funded through this initiative will be deployed in such a way as to address racial segregation, dismantle racially exclusionary practices, and promote racial equity in housing, academic, and economic opportunities,” the proposal reads.

Others are not quite sold on the idea, claiming it may burden an already tax-heavy state recovering from the effects of the COVID-19 pandemic. Howard Jarvis Taxpayers Association President Jon Coupal told The Epoch Times in a previous interview regarding the initiative that “it’d be bad for the economy.”

The new proposed tax would be considered a documentary transfer tax, which means if a property changes ownership or is purchased through a municipality, the buyer would have to pay that tax. Los Angeles already has a transfer tax in place, but it’s lower than what’s being proposed in the United to House L.A. initiative.

And with the homelessness crisis being a critical issue for Los Angeles voters in 2022, 51 percent of voters said they would support a tax increase to support the development of more permanent supportive housing, according to a 2021 poll conducted by the Los Angeles Business Council and Hart Research in cooperation with the Los Angeles Times. The survey interviewed 906 eligible voters living in LA.

Raymond confirmed to The Epoch Times the goal is to have this measure on the November ballot.