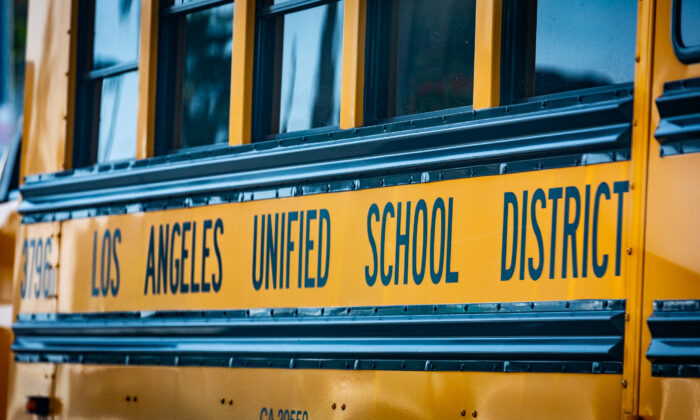 LOS ANGELES—Los Angeles Unified School District Superintendent Alberto Carvalho delivered his first Opening of Schools address Aug. 8 at the Microsoft Theater ahead of the first day of school next week, conceding issues of declining enrollment and difficult financial times on the horizon.

Carvalho—who took over the post in February after 14 years as superintendent of the Miami-Dade County public schools system—said it is “no secret” that the school district has been impacted by the pandemic and transition to virtual learning.

The district saw a 2.8 percent decline in enrollment in 2020-21, and that is expected to increase to over 3 percent in the next few years, according to Carvalho.

He blamed immigration policies that led to families leaving for other cities and countries, an increase in unhoused families, and “lost” students who were not registered for any schooling at all.

Carvalho also warned of a “much different, potentially darker future” in the district’s long-term financial outlook.

“We must counterbalance the negative forces and pressures confronting Los Angeles Unified,” Carvalho said. “The only way to do that is by accelerating change, by implementing change rapidly.”

Carvalho said that while many view operation changes at the school district as “necessarily protracted,” he vowed to be quick while also remaining deliberate and intentional.

The five pillars are academic excellence, joy and wellness, engagement and collaboration, operational effectiveness, and investing in staff.

The plan also sets out to increase the annual four-year cohort new student enrollment to at least 16 percent, and reach 65 percent in the number of students enrolled in thematic and choice learning options.

“I know this is going to be a difficult year,” Carvalho said. “It has been several difficult years. But it will be especially challenging to right the course of an altered future while confronting the obstacles before us. I know you will correct the trajectory and then some.”

Carvalho also discussed the need for the district to invest in its staff, an issue that will continue to loom as labor talks continue with the powerful United Teachers Los Angeles teachers union, which is seeking a 20 percent salary boost over two years.