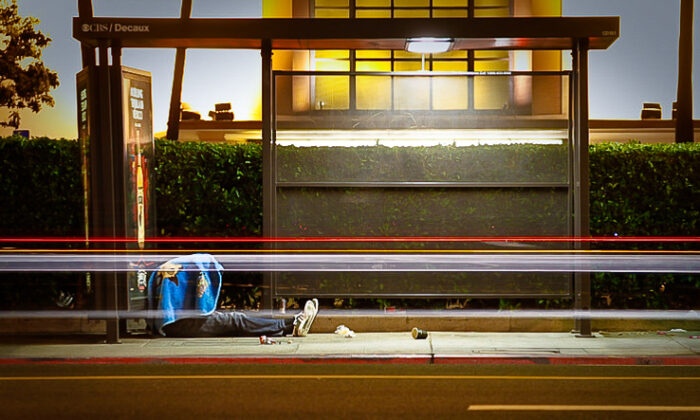 Villanueva said he sent a letter to the board saying he would remove 325 of his deputies currently patrolling public transit and redeploy them elsewhere unless the board restores full public safety control to the department by July 1.

“When you’re on a train, or on a bus, you’re vulnerable to every occupant there with you; you can’t opt-out or step away,” Villanueva told reporters. “You’re subjecting each passenger to the least common denominator—that’s someone with severe mental issues, psychotic issues, organized groups of people who are robbing people on the trains. There are a lot of things going on here not improved by the MTA Board.”

According to the sheriff’s department, several incidents over the last few months have occurred on the metro lines involving the homeless population.

In February, a homeless man was split in half by a train after sleeping on the tracks.

In March, a person was pushed onto the tracks at 7th and Metro PAX by a homeless person and suffered trauma to the head.

In April, a homeless man who died was on the train for more than six hours after he was deceased.

“And to say this unsafe environment is obviously an understatement,” Villanueva said, adding that the lines have become a “mobile homeless shelter” with more than 5,000 homeless people living on the trains.

The sheriff, who rode on a handful of the metro lines two weeks prior to scope out its public safety, threatened to pull his department’s contract to patrol parts of the MTA lines after seeing the conditions. He added the elevators in the stations have also been taken over by the homeless and used as porta-potties.

But in 2017, the sheriff’s department had full control of patrolling the MTA lines until that contract expired and the MTA created a three-agency patrol system. Now, the responsibility of patrolling is split between the three departments.

Villanueva said during the press conference that the MTA is preventing his deputies from doing their jobs through “degrading and defunding” law enforcement.

“It should be noted that our department has a Metrolink contract and that is 538 miles of track, it covers six counties and you do not see this on the Metrolink—you only see it on the MTA system,” he said.

According to the department’s statistics, robberies and aggravated assaults on the MTA have been increasing since 2019. But during the summer 2020 riots over the death of George Floyd, the MTA cut back on the use of law enforcement on the train lines to reduce the appearance of armed responses on everyday transit systems.

But Villanueva said as the MTA has tried to make its system more “equitable,” but it has been an “utter disaster.”

The MTA did not immediately respond to The Epoch Times’ request for comment by press deadline.