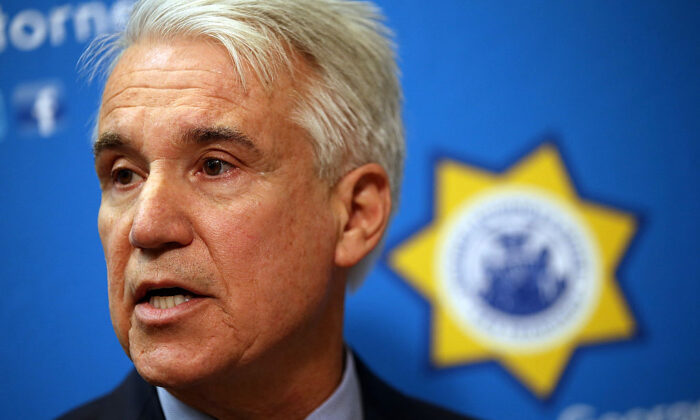 The association, made up of 800 district attorneys in LA County, previously invited Gascón—who is facing a recall effort—to a virtual town hall event to allow him to explain why he shouldn’t be recalled. Organizers said Gascón declined the offer.

“No competent elected official should be afraid of answering questions,” the ADDA said in a statement. “While we are surprised that Mr. Gascón chose to decline our invitation to make his case as to why he should not be recalled, the ADDA will proceed on a vote.”

Nearly 83 percent of ADDA members participated in the tally and 97.9 percent voted in support of the recall.

“This vote is by those who are intimately familiar with how Mr. Gascón’s policies actually play out on a day-to-day basis,” ADDA President Michele Hanisee said in a statement. “We believe the vote of our members will resonate with the voters of Los Angeles as they decide whether to recall Gascón from office and restore public safety as the priority of the District Attorney’s office.”

Gascón took progressive steps to reform LA’s criminal justice system when he was elected in 2020, such as reducing sentencing for some crimes and eliminating sentencing enhancement for suspects who use a gun during a crime or if they have a gang affiliation. His defense was that the majority of those incarcerated belonged to long-disadvantaged groups.

More than 30 cities in LA County, including Torrance, Santa Clarita, Lancaster, and Beverly Hills, support the recall, with more than a dozen passing votes of no confidence against Gascón.

This is the second recall attempt after a previous effort launched last year failed to gain enough momentum, so some of the original organizers split and relaunched under a new campaign. The campaign committee is made up of victims’ rights attorneys as well as family members of murder victims.

“Over the last year since I’ve been representing close to 100 victims of murder crimes, victims generally have felt abandoned and ignored by Gascón,” Victims’ Rights Attorney and former deputy DA Kathy Cady told The Epoch Times. “So I think that of course combined with the incredible rise in violent crime that we’ve seen has led people in the community to recognize that his policies are wreaking havoc in our communities.”

Cady—who is also a co-chair in the Recall Gascón campaign—said Gascón’s policies “disenfranchise already marginalized communities and endanger the public,” and that two years ago, she could “tell immediately that they discounted victims.”

Petitioners have until July 6 to gather 566,857 signatures in LA County to get the recall on the November ballot to trigger a recall election.