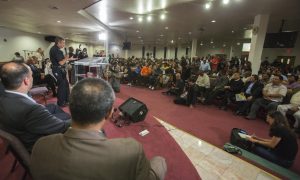 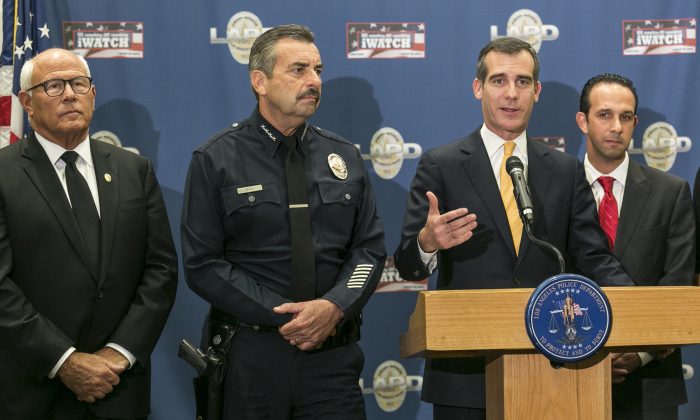 Footage from two body cameras will be reviewed as part of an investigation into several Los Angeles officers who shot and killed a homeless man in Skid Row, downtown Los Angeles on Sunday, according to Police Chief Charlie Beck.

Chief Beck said at a Monday press conference that the officers were part of the “Safer Cities Initiative” in Skid Row, a crime-fighting strategy that cracks down on nuisance crimes in an effort to deter more serious crimes from occurring.

They were all specially trained to deal with the homeless and mentally ill population, both in high concentration in that neighborhood.

The officers were initially responding to a robbery call on San Pedro Street around noon Sunday, according to a Los Angeles Times report.

Beck said that the officers tried to look inside the man’s tent, at which point an altercation ensued.

Officers attempted to use a taser to subdue the man (whom police have not yet identified), but it had no effect on him.

Two officers and a sergeant then fired their guns at the man, killing him.

Beck said that due to the ongoing investigations of the incident, he could not comment on whether the officers’ deadly use of force was justified. But he added that he reviewed the videos and that “the officers acted compassionately up until the time force was required.”

The Los Angeles police department, the Office of the Inspector General, and the district attorney’s office, are all conducting investigations into the shooting.

Among the evidence they will review are footage from two officer body cameras and several bystander videos. The police department is asking anyone with knowledge or video recordings of the incident to come forward.