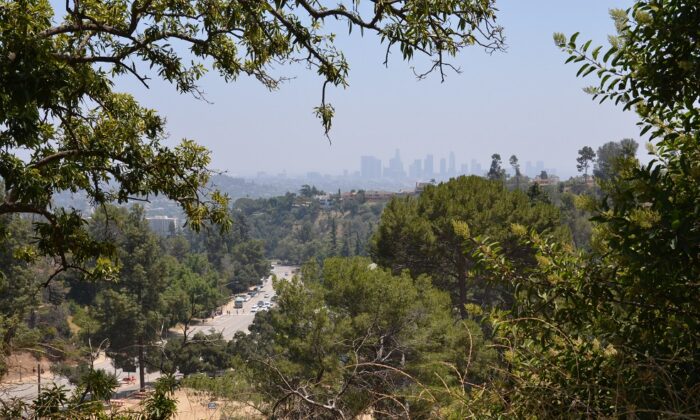 The Los Angeles Parks Foundation has embarked on an initiative to plant 10 “micro-forests” per year in the city’s parks, imitating a similar project in Paris, as groups across the world promote forest growth with the aim of improving the natural environment and limiting climate change.

“In the spring or summer of 2020, I read about Paris’s micro-forests initiative, and I became very interested in doing something similar in Los Angeles,” Carolyn Ramsay, executive director of the Los Angeles Parks Foundation, told The Epoch Times.

“A lot of our parks are in areas with too little tree coverage and not enough shade, for a variety of reasons, and I thought it would be a good way to replace the shade cover and trees that have been lost because of insects and diseases.”

Ramsay cited the shot hole borer as an especially damaging invasive species that has killed more than 120 million trees across California.

She hopes that the new micro-forests will both mitigate the urban heat island effect and help remove atmospheric carbon dioxide, as mature trees absorb roughly 48 pounds of carbon dioxide per year

The plantings are also meant to beautify the parks and improve recreational opportunities.

“We’re planting some in picnic areas of parks so that people can enjoy them, throw a ball, have a barbeque, or whatever,” Ramsay said.

While deforestation is an ongoing challenge in many parts of the world, global reforestation is occurring regardless of deliberate initiatives such as the Los Angeles Parks Foundation’s campaign.

Indeed, the worldwide rise in atmospheric carbon dioxide has coincided with a “global greening” over recent decades, with the increased vegetation also helping to cool the Earth.

As with the micro-forests created in Paris, the Netherlands, and other locales, Ramsay’s foundation has employed the “Miyawaki method,” created by Japanese botanist Akira Miyawaki. Used successfully at thousands of sites across the world, the Miyawaki method relies on native trees and shrubs, which are planted densely in such a way that growth is directed vertically rather than horizontally.

The organization has implemented the method at just one of its micro-forests thus far, a site located at the Bette Davis Picnic Area in Griffith Park.

“It’s doing very, very well, and we do hope to install more of them,” Ramsay said.

Miyawaki also stressed the importance of soil stabilization and improvement, noting that “field surveys have told us it is not climate conditions but soil conditions that matter.”

The method, which can be applied on polluted or otherwise degraded land, can yield multilayered, biodiverse pioneer forests in just two to three decades—much faster than natural forests, which take hundreds of years to grow.

The resultant forests are also denser than monoculture forests, meaning that they capture more carbon dioxide from the atmosphere.

Additionally, the National Forest Foundation, a nonprofit partner of the U.S. Forest Service, has launched a campaign to plant 50 million trees throughout U.S. National Forests.

The “LA Park Forest” campaign plans to carry out its next planting on Sept. 30 in the Boyle Heights neighborhood at Hollenbeck Park.