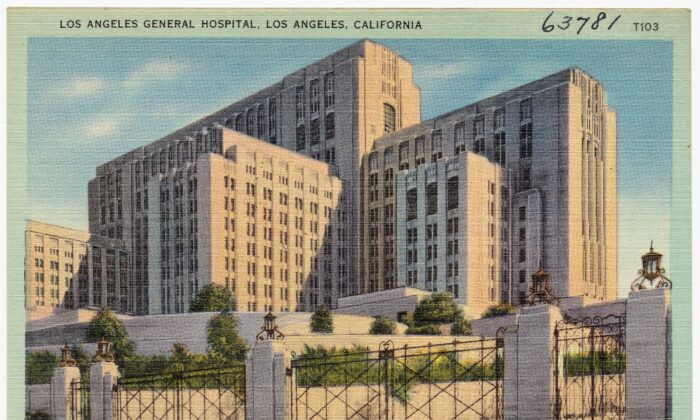 The Los Angeles County Board of Supervisors unanimously approved a motion July 26 to advance a plan to repurpose the county’s historic General Hospital to include hundreds of affordable housing units.

Under the proposal introduced by Supervisor Hilda Solis, county departments must develop a financial plan and construction timeline for the project within 120 days. In addition, it also requires the county to allocate nearly $195 million to fund the project, according to Solis’s office.

“Cementing our commitment to its restoration and reuse can aid in our response to the housing crisis our region is experiencing, as well as provide exceptional health services – carrying on the hospital’s over 150-year-old mission. I’m grateful for the support of Eastside residents and stakeholders in moving this collective dream forward,” Solis said in a statement.

The General Hospital is a 1.2 million square foot, 19-story building sitting atop the campus of Los Angeles County USC Medical Center located in the Boyle Heights neighborhood. Since its opening in 1934, the hospital had served millions of Angelenos, and its art-deco design has made it one of the county’s landmark.

However, the building was severely damaged during the 1994 Northridge earthquake, and the county built a new medical center next door. Currently, most of the building remains vacant while the lower floors stay active and occupied by multiple county departments.

According to the proposal approved by supervisors, many millions of dollars will be needed to pay for “environmental studies, hazardous materials removal and abatement, structural upgrades, and seismic improvements.”

The plan to make an adaptive reuse of the building began in 2018, when Solis authored a motion directing the county chief executive officer to draft a feasibility study of repurposing the hospital.

Bob Hertzberg, who is a California Senator representing the San Fernando Valley and a candidate running for LA County Supervisor, showed his support of the plan on social media.

“Converting [the hospital] into affordable housing would be an important step to fight homelessness. LA County must be in the solutions business,” he wrote on Twitter.

However, some residents remain skeptical about whether it is feasible to turn the hospital into affordable housing and ease homelessness in Los Angeles.

“The cynic in me says this will end poorly but I really hope this turns out flourishing and gives new life to this historic building,” Nate Weber commented on Twitter.

With the hospital’s conversion as its third—and final—phase, the project’s first phase was completed earlier this month, which includes a Recuperative Care Center with 96 beds to provide immediate placement for people being discharged from County health facilities and facing unstable housing conditions.