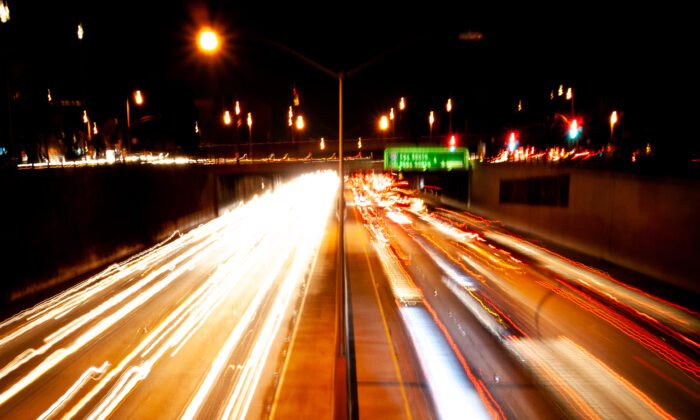 LOS ANGELES—K-12 students and community college students in Los Angeles County will be able to ride Metro for free under a 23-month pilot program approved by the Los Angeles Metropolitan Transportation Authority (Metro) Board of Directors on Sept. 24.

Metro currently offers fare discounts to people who make $39,450 a year or less, people age 62 and older, veterans and people with disabilities, K-12 students, and people in college or vocational school.

Under the pilot program, K-12 students and people enrolled in community college of all incomes will be able to ride Metro fare-free.

The program is expected to cost about $49.9 million in lost revenue over two years. Forty-one of Los Angeles County’s 87 school districts are interested in participating in the program.

The pilot will begin on Nov. 1, according to the office of Metro Board of Directors Chair and Los Angeles County Board of Supervisors Chair Hilda Solis.

A marketing campaign will launch on Oct. 1 to spread the word about the opportunity to ride Metro for free.

“Starting with students—and as a student who rode the bus every single day when it was [the Southern California Rapid Transit District]—I think FSI [Fareless System Initiative] can and will and must make transit available to anyone who needs it and can potentially make these young people lifetime transit riders. It can enhance their opportunities to see culture, to get out there and access jobs, it’s literally a game-changer to have transportation, not just to and from schools,” Los Angeles Mayor and Metro board member Eric Garcetti said.

A majority of the pilot program—$41.5 million—will be paid by the federal American Rescue Plan. Garcetti noted that this year Metro has a unique opportunity for the pilot program, due to funding that it does not normally have and may not have in future years. But he said there could be new resources in the future with the potential passage of the $1 trillion infrastructure bill.

Metro initially explored expanding the program to low-income riders, which is 70 percent of Metro’s riders, in January 2022, but that expansion is contingent on $416 million in new funding.

Councilman and board member Mike Bonin, who supports transitioning Metro to a universally fareless system, noted that not only was the vote Thursday for “less than [the board] promised,” but with the exclusion of low-income riders, many bus riders will look at the vote as the board taking something away. That’s because buses, which have been fare-free during the pandemic, will return to collecting fares in January.

While the board did not vote Thursday to implement the fareless system initiative for low-income riders, it did vote to develop a plan to double the number of participants in its LIFE Program, which assists low-income Los Angeles County residents with free or subsidized transit access.

Board member and Los Angeles County Supervisor Holly Mitchell amended the initiative to double the number of LIFE Program enrollees by the end of 2022, partner with organizations to canvass buses and trains to enroll qualifying riders, and provide three months of fareless transit to new enrollees as an incentive to enrollment.

“I strongly support making Metro a fare-free system for our riders. The economic merits of going fareless are crystal clear to me,” Mitchell said.

She added that her amendment wouldn’t preclude Metro from going fareless in the future, but would serve as a temporary stop-gap measure.

“Without further action from us, fares will resume on buses with few alternatives for low-income riders who depend on Metro services,” Mitchell said.

Metro Board of Directors Chair and Los Angeles County Board of Supervisors Chair Hilda Solis said Metro would seek funding to fill the funding gap for a fareless pilot program for Metro’s low-income riders.

She responded to the public requesting that all riders be eligible for $26 monthly passes, instead of just those participating in the LIFE program, saying “I don’t think we’re there yet.” But she said she thought the LIFE program’s improvements presented by Mitchell would move Metro “in the right direction.”

Several people, many organized by the Bus Riders Union, called into the Metro board meeting to call for a universal fareless Metro system.

Ground Game Los Angeles member Kendall Mayhew said the most effective way she has convinced her vehicle-possessing friends and colleagues to switch to public transit is to tell them that buses are completely free to ride during the COVID-19 pandemic.

“I cannot stress enough the massive psychological relief of being able to simply walk onto a bus without doing the mental calculations whether you can afford another fare this month, or having to even worry that you remembered your TAP card,” Mayhew said.

The pilot was developed in part to allow Metro to test the feasibility of permanently eliminating all fares on Metro trains and buses. Metro staff advised that switching now to a fully fareless system was not feasible, and Bonin called on them to redo their analysis with more factors taken into account.

“I think that we can get to universal fareless a lot sooner, and if we’d had the right analysis today I think we could get their today,” Bonin said.

He asked for an analysis that took into account the annual savings from eliminating fare enforcement as well as the cost of not doing universal fareless, including that Metro’s Federal Highway Funds could be at risk because the Air Quality Management District reported that the Los Angeles region has no viable path toward meeting federal air quality standards.

“Would free transit put us closer to compliance and save us from losing that money? That’s something we need to look at in the analysis. What other financial benefits of fareless should we be aware of?” Bonin asked.

After the pilot program concludes, the board will consider extending, modifying, or discontinuing fareless service. To help inform that decision, Metro staff will report to the board each month on the status of the pilot program.