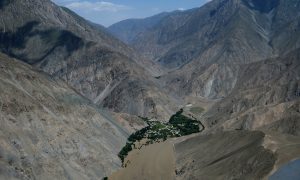 Explainer: Why Do Landslides Happen and Why Are They So Devastating?
0
Share Now
TelegramFacebookTweetEmailTellMeWeReddit
Copy Link 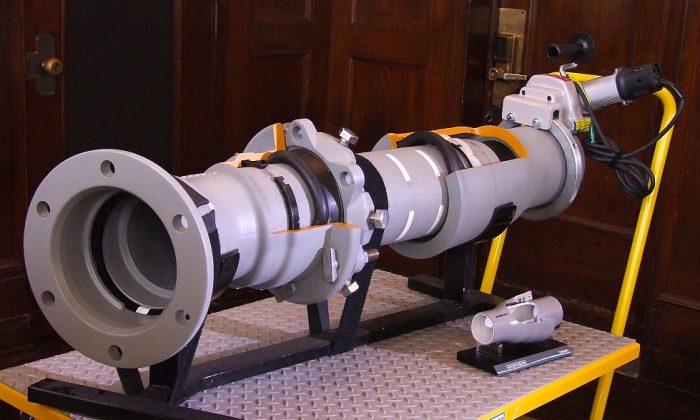 An earthquake resilient water pipe at the Mayor's Office in Los Angeles on Dec. 8, 2014. LA Mayor Eric Garcetti released a report detailing the most important things the city should change to become more prepared for earthquakes, such as replacing thousands of miles of the city’s aging water pipes. (Sarah Le/Epoch Times)
US

In partnership with the US Geological Survey (USGS), Garcetti released a report detailing the most critical changes the city should make to be prepared for the inevitable “big one.”

Part of the plan is to replace thousands of miles of the city’s aging water pipes with flexible ones that can withstand an movement. Many recent water main breaks like the one that burst near the UCLA campus in July have shown how vulnerable the current ones are to breaking.

“Our local water system relies on pipes that can be up to 100 years old, and we import 88 percent of our drinking water,” said Garcetti. “All of that imported water, which a lot of people don’t realize, crosses the San Andreas Fault before coming out of our taps.”

Garcetti said the city needs to protect the city’s aqueducts and continue to reduce its reliance on outside water sources.

USGS seismologist, Lucy Jones, was appointed in January to be Garcetti’s advisor in developing the earthquake plan.

Jones said a water system failure is one of LA’s three most vital concerns, and would be the “largest cause of economic disruption,” according the Mayor’s report.

“We need to take an approach to moving towards seismic-resilient pipes across the city so that the water will continue to come to your houses, and so that we deal with the estimated 1,600 fires that will be caused by a San Andreas earthquake,” said Jones.

The other two major issues in the report deal with retrofitting buildings and preserving the telecommunications system.

Among the recommendations are mandates for retrofitting certain concrete buildings that are not up to code within 25 years. “Soft-first-story” buildings, such as wood apartment buildings with parking underneath, will need to be retrofitted within five years.

The report also proposes a citywide solar-powered backup Wi-Fi network and calls for fortifying power systems and cell phone towers to prevent a blackout of information when disaster strikes.

“We acknowledge that we cannot prevent 100 percent of the losses in an earthquake. What we are trying to do is prevent the catastrophic collapse of our economy by addressing the biggest vulnerabilities,” said Jones. “And if all of these recommendations are enacted, I believe that Los Angeles will not just survive the next large earthquake, but will be able to recover quickly and thrive.”

The Mayor acknowledged that this is a long-term project and would cost in the billions of dollars, which he hopes the state will help fund.

Key portions of the recommendations will still need to be taken up and passed by the City Council. However, some parts of the proposal do not need approval, such as fostering agreements between telecommunications companies to share bandwidth during emergencies, and the Mayor said has already begun.