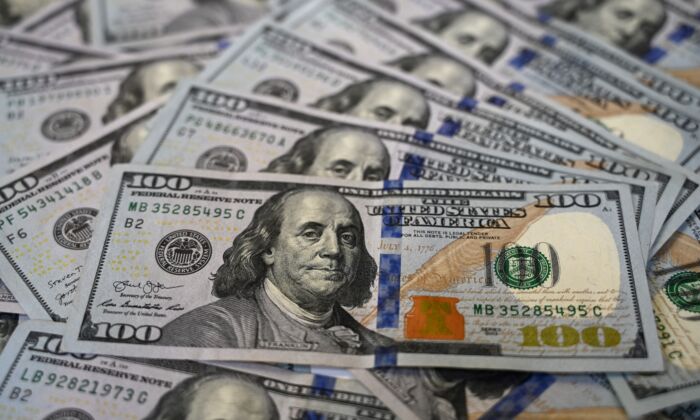 LOS ANGELES—An Encino man was sentenced July 19 to 11 years and three months behind bars for attempting to bilk the federal coronavirus Paycheck Protection Program (PPP) out of $27 million by submitting more than two dozen bogus applications for loans.

Robert Benlevi, 53, was also ordered to pay $3 million in restitution, according to the U.S. Department of Justice (DOJ).

Benlevi delivered the applications to four banks between April and June 2020 on behalf of eight purported companies he owned, although none of them actually had any employees or payroll.

A federal criminal jury in downtown Los Angeles found Benlevi guilty on the third day of trial in March of multiple counts of bank fraud, making false statements in a loan application, and money laundering.

In the applications, Benlevi sought a total of $27 million in forgivable PPP loans guaranteed by the Small Business Administration under the Coronavirus Aid, Relief, and Economic Security Act.

The indictment says that based on Benlevi’s fraudulent loan applications, three of his companies—1Stellar Health LLC, Bestways2 Health LLC, and Joyous-Health4U LLC—obtained $3 million in PPP funds.

Benlevi falsely represented that the funds sought through the PPP loan applications would be used to pay payroll and certain other business expenses, but instead used the money for personal expenses, including cash withdrawals, payments on his personal credit cards, and transfers to other personal and business accounts he controlled, the DOJ said.

In a single day, Benlevi withdrew from the Bestways2 Health account $248,000 of PPP funds in cashier’s checks, which were deposited into other accounts he controlled.