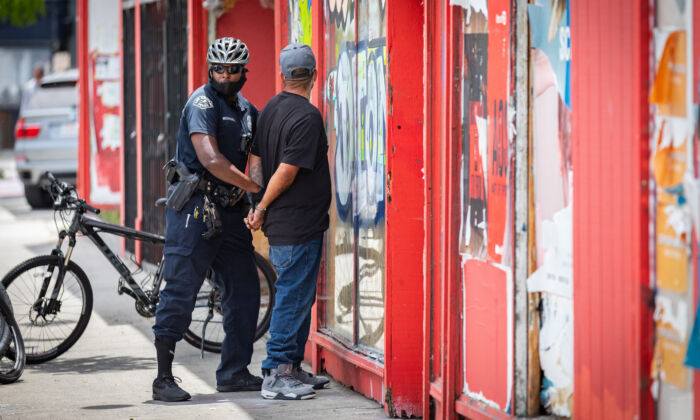 LA Homicides Down in January, Overall Crime Up: Police Chief

LOS ANGELES—Eleven fewer homicides were reported in Los Angeles during the first month of 2022 than during the same period in 2021, a drop of nearly 17 percent, Police Chief Michel Moore said Tuesday.

The city had a nearly 12 percent year-over-year climb in homicides in 2021, bringing it to levels not seen since 2006, Moore told the Los Angeles Police Commission.

Violent crime increased 3.9 percent and property crimes rose by 4.2 percent. The number of people shot rose by 9 percent. Other major cities across the United States also experienced major increases in violent crime at that time, and many of the cities had sharper increases than LA.

Moore also repeated his concern Tuesday about the increase in robberies involving firearms, putting that number at 35 percent.

“So our efforts continue to focus on those gun trafficking and those that are providing guns into the hands of individuals that are now committing these robberies in the street and in some of our commercial locations,” Moore said.

Property crime has increased 2.6 percent this year, but there has been a “slight reduction in the number of burglaries and thefts from vehicles.”

While the number of personal thefts has increased from the same period last year, Moore noted that it remains substantially lower than it was two years ago, which the department attributes to COVID-19’s impact on retail operations.