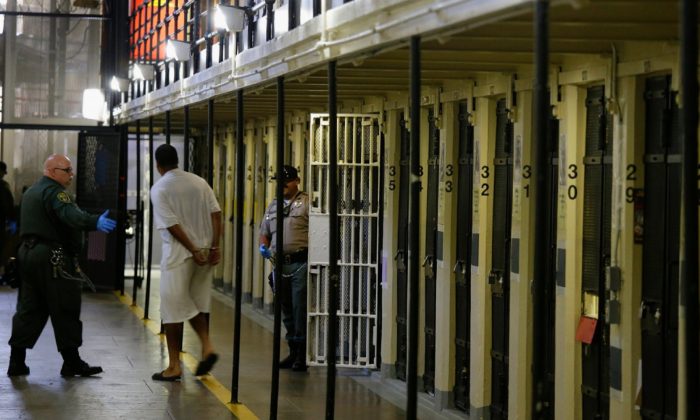 Stock photo of a condemned inmate led out of his east block cell at San Quentin State Prison, in San Quentin, Calif. on March 13, 2019. (Eric Risberg/AP)
By Janita Kan