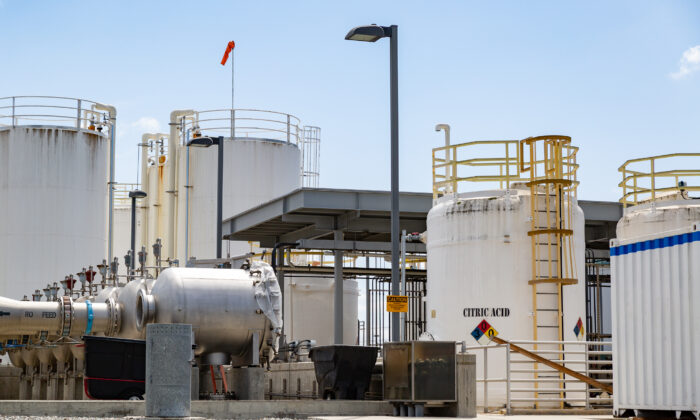 The Orange County Water District, which provides water for over 2.5 million people in the region, will not mandate outdoor water usage to one day a week, officials said April 27, a day after the neighboring Metropolitan Water District—which services parts of Los Angeles, Riverside, and Ventura counties—announced an emergency conservation mandate to do so.

According to Steve Sheldon, president of the OC Water District, the agency will not need to take such a conservation tact, because it has a groundwater replenishment system and has spent billions of dollars to be self-reliant.

“Mandatory conservation,” he said, “would reduce wastewater flows … which would partially strand the investment [we have] made,” Sheldon said.

The water district, he said, has invested $923 million in its water replenishment system, which recycles 130 million gallons of water a day and is “enough water to meet the needs of 1 million residents.”

Sheldon also said such conservation by the Metropolitan Water District (MWD) and other possible agencies, will ultimately cost consumers.

“Mandatory conservation will also reduce water sales to water agencies and would require increasing water rates to recover the same amount of revenue needed to operate a water agency,” he said.

The Metropolitan agency will begin restricting outdoor water usage June 1 to one day a week, including the hand-watering of trees.

The move will limit each consumer to 80 gallons of outdoor water use per day, a significant decrease from the current consumer average of 125 gallons.

The mandate will affect about 6 million people.

Metropolitan officials said in a news conference today, the goal is to reduce water usage by 35 percent. If that goal is not met, they said, all outdoor water use in the affected counties will be completely cut by Sept. 1.

Agencies that purchase water from MWD and which don’t enforce cuts in water usage, will face a penalty of up to $2,000 per acre, officials said.

The emergency order comes amid the state’s drought conditions, which have strained the system, according to officials. The state’s current supply is below 50 percent, as January, February, and March were the driest three months in the state’s history in terms of rainfall and snowfall.

“The new reality is the changing climate, and we are making efforts and investments to avoid that in the future,” Metropolitan Water District General Manager Adel Hagekhalil said during the press conference.