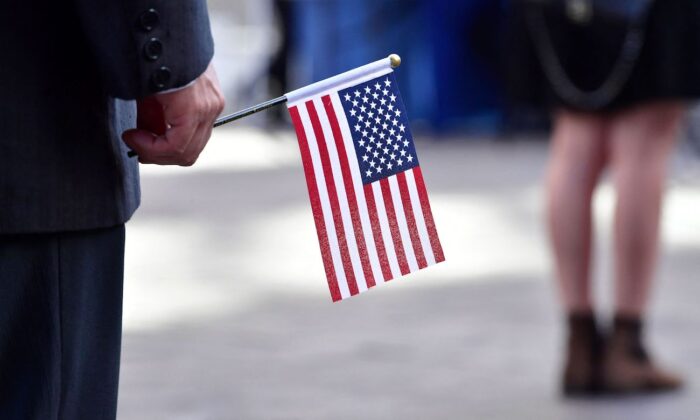 Foreign nationals can now apply for government jobs in Los Angeles County, California, with some exceptions.

The “inclusive hiring” motion, which was approved last week by the Los Angeles County Board of Supervisors without discussion, removes U.S. citizenship as a requirement for county positions when not barred by state or federal law.

The state purpose of the motion (pdf) is to broaden the applicant pool and create an “inclusive and representative workforce” that is “reflective to the diverse community” the county government serves. With over 110,000 workers, the county government is one of the region’s largest employers.

“Employees with lived immigration status and diverse language abilities are able to enhance county services by connecting with vulnerable communities and establishing new connections to critical services,” it states.

The changes do not apply to applicants for peace officers, including those who wish to work for Los Angeles County Sheriff’s Department.

The five-member Board of Supervisors didn’t respond to The Epoch Times’ request to clarify whether individuals who lack legal immigration status will remain ineligible to work for the county.

The new policy marks the county’s latest move towards hiring foreigners to government positions. In August 2021, the Board of Supervisors approved a motion that allows the county to employ non-citizens as department heads, except the chief probation officer. It also allows department heads to appoint non-citizens as their deputies unless otherwise mandated by state or federal law.

The Board of Supervisors said last year that they asked the Office of the County Counsel and the Department of Human Resources whether it was legal to drop U.S. citizenship as a prerequisite to work for the county government. The board was told that it has the authority to do so, as long as the law doesn’t explicitly say the job in question must be held by a citizen.

Board Chair Hilda L. Solis and Supervisor Sheila Kuehl, both Democrats, authored the motions. Sheila Kuehl said in a June 22 press release that the U.S. citizenship has made it “more difficult” for the county to provide “culturally competent services” and attract “high-quality job candidates.”

“We are asking County Counsel to explore eliminating this requirement, because it prevents our workforce from reflecting the diversity of the County population and its diverse needs,” she said.

The board’s pledge to expand the pool of qualified applicants comes after it gave the county’s personnel director overriding power to discipline any employee who reject COVID-19 vaccines. In April, the board voted 4-0 to approve the rule change, with Republican Supervisor Kathryn Barger abstaining.

The rule change was targeting the County Sheriff Alex Villanueva, who refused to fire employees who had failed to comply with the countywide COVID-19 vaccine mandate. Villanueva argued that doing so would decimate his department’s already tight manpower at a time when violent crime in Los Angeles is surging to record levels.

“Your motion is going to seek to basically cause us to actually lose 4,000 employees, for a grand total of 0.4 percent improvement in positivity rate,” Villanueva said. “We’re coming off two years of a historically high 94 percent increase in homicide rate, 64 percent increase in grand theft auto. And this is just not sustainable.”

The dispute may be settled in the upcoming general election by the county’s voters. The sheriff and two of the five seats on the board are up for a vote this November. Both Villanueva and his critic, Solis, are seeking reelection.