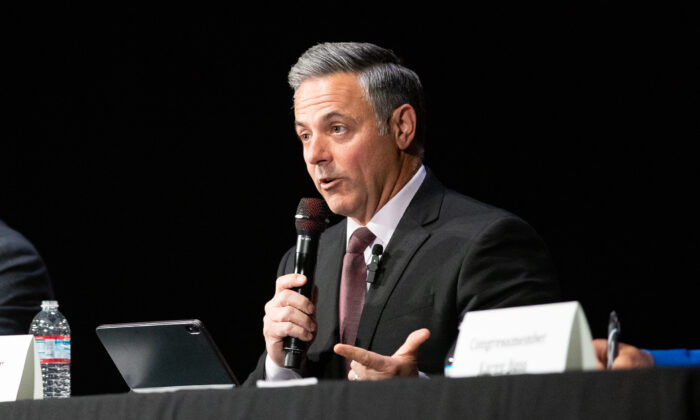 LOS ANGELES—Los Angeles City Councilman Joe Buscaino dropped out of the race for mayor on May 12 and announced his support for his former opponent, billionaire real estate developer Rick Caruso.

Angelenos have already been sent their ballots from the Los Angeles County Clerk, and voting ends for the election on June 7. The top two candidates will face off on Nov. 8.

“Rick and I agree on the playbook to solve the city’s pressing issues,” Buscaino said. “Today’s decision did not come easy, but the future of Los Angeles is my priority. Together, we will make Los Angeles cleaner and safer for all.”

Buscaino and Caruso have both run tough-on-crime campaigns, including calling for the Los Angeles Police Department to be expanded with 1,500 additional officers.

“I have tremendous respect for Joe and his deep commitment to the people of Los Angeles,” Caruso said. “I’m honored to have his endorsement and look forward to his counsel on issues like homelessness and criminal justice.”

Unlike the other front runners in the election, Caruso has ran a largely self-funded campaign, spending nearly $23 million of his own money on the campaign as of April 28, according to the Los Angeles Times. Rep. Karen Bass (D-Los Angeles) has raised more than $1 million since the start of the year and spent almost $800,000, the LA Times reported.

A poll from the Los Angeles Times and the UC Berkeley Institute of Governmental Studies on April 11 found Caruso essentially tied with Bass, with Caruso polling at 24 percent and Bass at 23 percent.

Buscaino, however, was polling at 1 percent, down from 4 percent in the same poll conducted in February.

Bass’s team released the results on May 12 of a poll commissioned by her campaign that had her leading the race with 30 percent of likely voters and Caruso coming in at 28 percent. That poll put Buscaino at 2 percent. More than a quarter of likely voters were undecided.