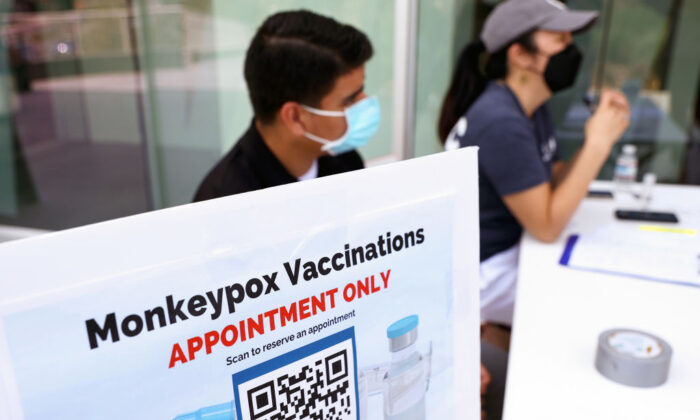 The order allows the city to be prepared as vaccine availability increases and move quickly as circumstances evolve, according to a statement by Garcetti last week.

Los Angeles County declared a local emergency in response to the outbreak last week. The state and the federal government have also issued such declarations.

“The city is already supporting the county’s vaccination efforts at city facilities and additional sites are expected to open in the coming days,” Garcetti said. “The declaration is about being prepared, not cause for alarm.”

Local health officials said there were 616 confirmed or presumed cases in L.A. County as of Aug. 8, up from about 500 on Friday. The vast majority of patients are men, with most being members of the LGBT community, according to the county.

Monkeypox is generally spread through intimate skin-to-skin contact, resulting from infectious rashes and scabs, though respiratory secretions and bodily fluids exchanged during extended physical episodes—such as sexual intercourse—can also lead to transmission, according to the U.S. Centers for Disease Control and Prevention.

It can also be transmitted through the sharing of contaminated items such as bedding and towels.