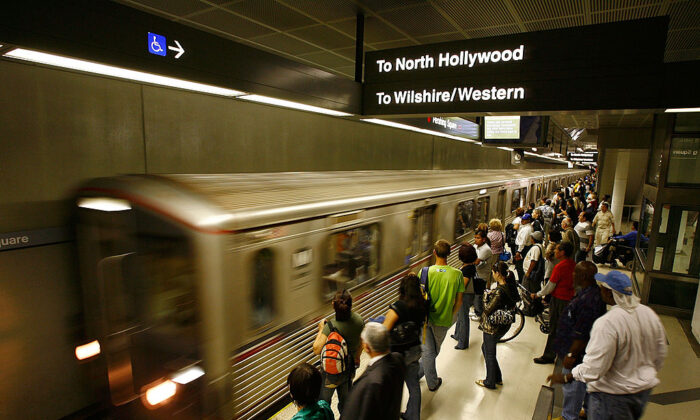 LOS ANGELES—The Los Angeles City Council approved recommendations on May 13 from several city departments aimed at strengthening oversight and responding to street harassment on transit systems and public spaces in the city.

Last June, Councilors—led by Council President Nury Martinez, Councilwomen Monica Rodriguez and Nithya Raman, and Councilmen Joe Buscaino, John Lee, and Mitch O’Farrell—ordered recommendations on curtailing street harassment from the chief legislative analyst, the Civil + Human Rights and Equity Department, the Department of Transportation (LADOT), the Bureau of Street Services, the Department of Recreation and Parks and the Personnel Department. It also requested the Los Angeles County Metropolitan Authority to report on past and upcoming efforts to curtail harassment on trains, buses, and transportation stops.

On May 13, the city council voted 11–0 to approve the following recommendations:

Following the vote, the Information Technology Agency will also report on platforms and apps that could make it easier for people to report harassment in the public right-of-way. The Civil + Human Rights and Equity Department will also collaborate with the Department of Cultural Affairs to develop a public education campaign against harassment.

Councilors first ordered the recommendations last year after an increase in harassment against the Asian American Pacific Islander (AAPI) Community. The motion also noted that nearly 80 percent of women experience harassment in their lifetime, and more than a third of women under 24 years old have experienced street harassment in the last six months, citing a 2019 study by the nonprofit Stop Street Harassment.

According to a study by the American Journal of Criminal Justice, violent crimes against Asian Americans doubled between 2015 and 2018. The Los Angeles Police Department also reported an increase in Los Angeles in 2020, which had 15 reported hate crimes against the AAPI community, compared to seven in 2019.

The number of hate crimes in Los Angeles related to race or ethnicity in general grew by 18.6 percent in 2020 compared to 2019, according to LAPD Deputy Chief Chris Pitcher.

“This is completely unacceptable. Several major cities across the world have executed successful public information and bystander training campaigns to prevent street harassment and for the first time in its history Los Angeles is executing a similar effort,” Councilman Joe Buscaino said on May 13.