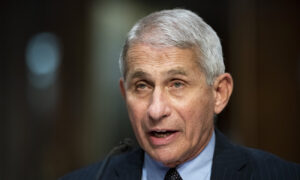 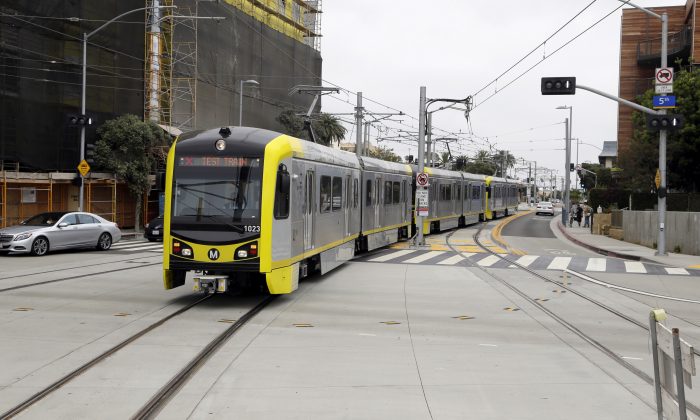 LOS ANGELES—A light rail line is about to extend across metropolitan Los Angeles to the Pacific for the first time since the 1950s.

Starting Friday with the opening of the 6.6-mile final leg of the Expo Line, riders can now ride Metro rail from the far-inland suburb of Azusa some 40 miles to the sands of Santa Monica.

The milestone fulfills a decades-long dream of public officials and transit fans, and its symbolic value is undeniable. Its true test, however, will be whether it can shake up the commuting status quo in sprawling and automotive LA.

The Los Angeles County Metropolitan Transportation Authority says the ride from downtown Los Angeles to Santa Monica will take 48 minutes. That may hardly sound speedy for a 15-mile trip, but the nearly constant congestion of Interstate 10, the usual car route for the trip, can often take just as long or longer.

Frequent Metro rail passenger Anwar Marcus said his last job was in Santa Monica, and to get there from the east side of Los Angeles he would take the Expo Line to its previous terminus in Culver City then ride his bike four miles to work.

Even traveling that way, he said that “during rush hour I would get home the same time on the train as if I drove.”

Marcus said the newly extend line would be “super convenient” for people in his circumstances, and that it’s likely to make some inroads in getting drivers out of their cars, but it’s also likely that it won’t be enough.

“It’s a driver’s city,” Marcus said as he sat riding a Metro Gold Line train into downtown’s Union Station on Tuesday. “I feel like it will always be that until they get the public transit system to where it’s more extensive, which is going to take some years.”

In some ways, the region is getting there. The Gold Line just opened an 11.5-mile eastward extension to Azusa in March that means the line runs more than 30 miles into the northeastern suburbs.

If all the approved projects are completed by 2020 the Los Angeles County light-rail-and-subway system will be longer than Washington D.C.’s Metro system.

But the city will still fall far short of Paris, London and New York for navigating without a car, and that remains an insurmountable problem for riders.

Samuel Steinberg, who has tried taking the existing leg of the Expo Line to his job as a professor at the University of Southern California, said he gave up in frustration, and reverted to driving and ride-hailing.

“I waited last Friday for 45 minutes for an Expo line train near USC. I ended up having to go down the street to find a Lyft car,” Steinberg said. “I won’t use the LA metro service until it approaches the standards of normal metro systems around the world.”

There is some evidence the existing train line has brought some changed habits that could grow as the system does.

A study of the first leg of the Expo Line by professors at USC and the University of California, Irvine showed that it brought a significant drop in driving and bump in physical activity, but only for those who live within a half-mile of a station. While that’s plenty of people in heavily populated LA, it’s still a very small segment of the area the trains are intended to serve.

But the new tracks to the sea, the first of their kind since the Pacific Electric Red Cars stopped going there in 1953, will immediately provide a novel and nostalgic experience for those who seek it.

LA Mayor Eric Garcetti said ride by rail will be the “first time in 63 years that people will be able to go from downtown to the Pacific Ocean.”

“I remember my grandparents talking about taking a Red Car on dates to do that,” Garcetti told KNX radio Thursday, “to go see the sunset.”