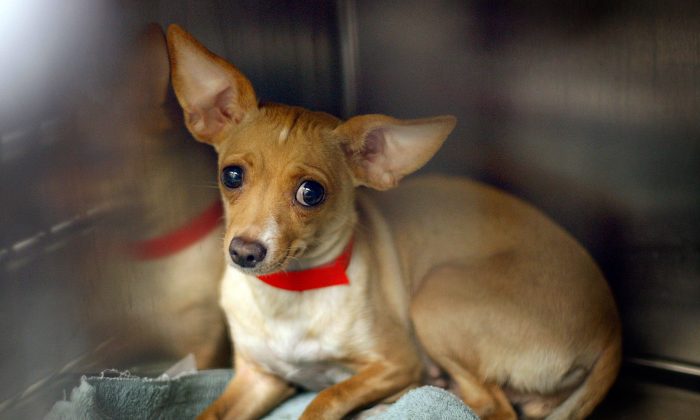 LOS ANGELES—Los Angeles Animal Services is asking animal-loving Angelenos to adopt pets from local shelters that are increasingly overwhelmed by a growing influx of medium to large dogs coming under their care, according to officials.

“We have taken measures each month to increase pet adoptions, foster homes, transfers of pets to rescue partners, and pets being returned home,” Annette Ramirez, interim general manager for the animal agency, said in a June 14 statement. “Despite these efforts, the intake numbers continue to outpace community placements.”

Los Angeles Animal Services oversees six shelters throughout Los Angeles County, and all of them are currently running out of space for new dogs. In the past several months, the department has seen more pets coming into shelters than moving into new homes.

The spokesperson of Los Angeles Animal Services, Agnes Sibal, said many of the dogs are in the shelter because they’re lost. Some came in because their previous owners are unable to take care of them when moving.

“Shelters are often miles away from the owner’s neighborhood and not necessarily the first place people look when they lose a pet, and some people don’t even know the shelter exists,” Sibal told The Epoch Times.

The agency is expecting a continued increase in pet intake ahead of Independence Day. Currently, the shelters’ capacities are at an “extreme” level. Before hitting the “critical” level, which is the most severe, residents are encouraged to foster or adopt a pet at one of the six shelters.

Those who aren’t capable of fostering or adopting a pet can choose to donate to help pets in Los Angeles get spayed or neutered. Angelenos can also provide temporary shelter for lost pets in their neighborhood while helping with finding the owner or a new home on social media.

When the shelters are running out of space, the agency often partners with animal rescue organizations to facilitate placements, according to the agency. Some pets may be able to find a home in the Pacific Northwest through organizations that transport dogs and cats to other states.

To encourage pet adoption, adoption fees are reduced this weekend for dogs and puppies and waived for cats and kittens.

“When you foster, you’re not only helping to create life-saving space for sick or injured animals who make their way into our department with nowhere else to go, but you’re also giving the dog or cat you’re fostering a temporary home setting and a break from kennel life,” Sibal said.