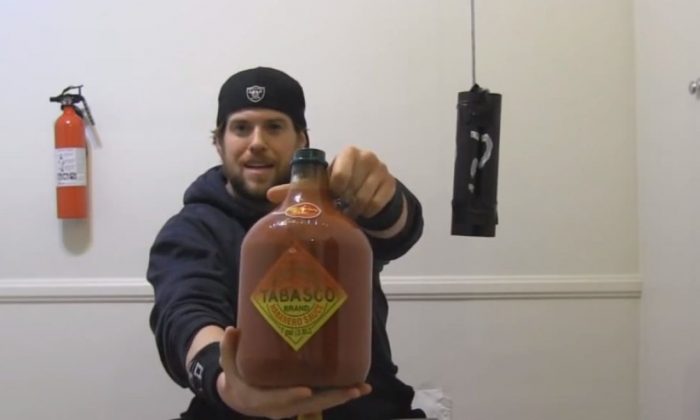 A man calling himself the “LA Beast” attempted to drink a gallon of Tobasco hot sauce and puked most of the time.

A video of his efforts was uploaded on YouTube, going viral over the weekend.

“The L.A. BEAST is no stranger to consuming some of the HOTTEST PEPPERS and food dishes in existence. In an effort to add another notch to his spice belt, the L.A. BEAST happily accepted the challenge to drink an entire GALLON of HABANERO TABASCO SAUCE!” the YouTube description reads.

It adds: “For the record, it is a terrible idea to think you can drink a gallon of Tabasco Sauce. Do not try this whatsoever.”