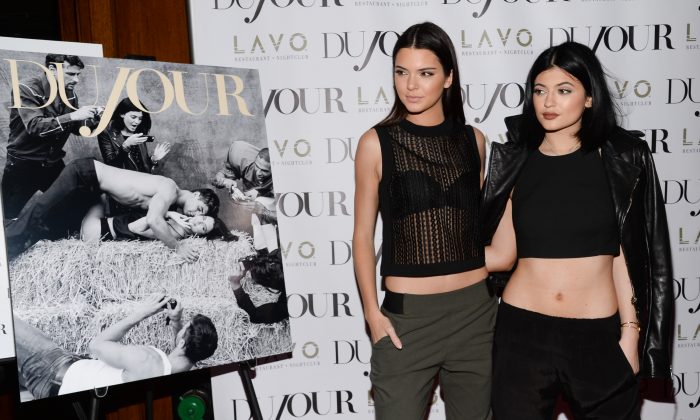 Kylie Jenner, Tyga Update: No, She Isn’t ‘Pregnant by Rapper’

An article saying Kylie Jenner is pregnant and carrying the child of rapper Tyga is bogus.

The bunk report was posted on HipHopHangover, a satirical website. It also includes a fake, digitally altered tweet, fake “TMZ” quotes, and bogus quotes from both.

According to the website’s disclaimer, it’s satirical and it should not be taken seriously.

It says: “Hip Hop Hangover is a Gossip parody and satirical publication and for entertainment purposes only,” and adds: “Hip Hop Hangover will use made up names in its posts except when public figures are satirized; Any use of real names is accidental and coincidental.”

But the fake report has generated some buzz on social media, with a few thousand people sharing and “liking” it on Facebook and commenting on it via Twitter.

And Jenner, 17, may have already ended her relationship with Tyga, who is 25.

“They want him out… Kourtney and Khloe are doing everything they can to keep her from him… Kylie is starting to now see that he is clearly trying to ride on her current wave of fame. he is a young and beautiful girl and does not need to be getting into anything serious right now. Nor does she need a hanger-on,” a source told PerezHilton (which is not fake).

Tyga recently celebrated his 25th birthday, but he didn’t perform at his original venue because it wouldn’t let Jenner inside.

However, when the venue was moved, she never showed up, according to Perez.