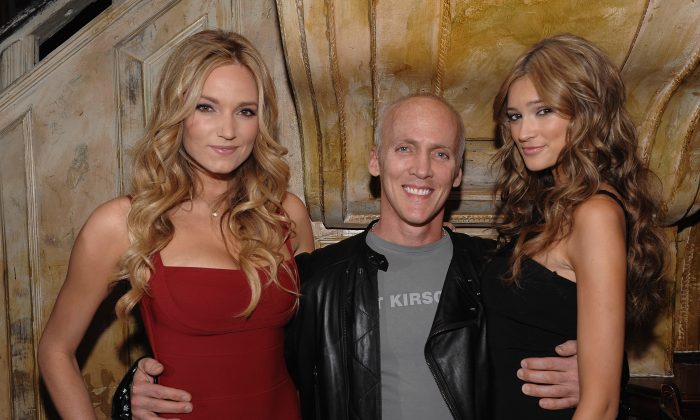 Kylie Bisutti Modeling Over, Felt Like ‘A Piece of Meat’

Kylie Bisutti modeling: Bisutti, 23, gave up modeling after she encountered an industry that she feels is too sex-driven.

Bisutti reveals in her upcoming book, “I’m No Angel,” why she gave up modeling despite beating out 10,000 other girls in the 2009 Victoria’s Secret Angel Search competition.

In an interview with the New York Post, Bisutti recalls a turning point, when she was lying on a bed wearing a t-shirt and panty bottoms, and little else.

She said the photographer told her to keep pulling her top up and to hold the covers in a seductive manner.

“I didn’t feel comfortable but he kept urging me on,” Bisutti recalled.

“’This is what Victoria’s Secret models do,’” the photographer said. “’This is why they hired you. If you want to be like Gisele, this is what you have to do.’”

“That’s when it hit me. I was being paid to strip down and pose provocatively to titillate men. It wasn’t about modeling clothes anymore; I felt like a piece of meat.”

Bisutti said that she constantly had male models and photographers hitting on her. This and other situations, like a roommate who would involuntarily throw up because she was so bulimic, showed her what she calls “the dark side of the modeling industry.”

She herself had to restrict her diet to pineapples, watermelon, and water, while exercising two hours a day, six days a week. She reached 108 pounds. She’s 5-foot-10.

“There was always a constant struggle to be myself in the industry because it was always so superficial and demanding,” she says on her blog. “I was constantly being pressured to lose weight, no matter how thin I got, they always wanted me to be thinner and I wasn’t willing to become unhealthy to get that thin. I didn’t feel as though I was being true to myself, but I kept on pursuing it.”

But she stopped modeling after a trip to Mexico where she met her future husband. But after they got married she won a the Victoria’s Secret competition, and started going on photo shoots, albeit increasingly uncomfortable.

Finally, she decided to give it up for good after that one shoot.

“I realized my career was sending a bad message to women about confidence and body image,” she told the Post.

“I decided not to be seen in lingerie by any man but my husband,” she writes on her blog. “I decided to stop trying to become a sex symbol and to pursue being a wholesome, Godly example!”

Now, she’s living in Montana with her husband, up to what she says is a normal weight (124 pounds), and is working on creating a Christian clothing line.

“My clothing line comes out next month, and it will feature models of all shapes and sizes promoting our modest clothes. I want girls to see people who look like them, so they feel good about themselves,” Bisutti said.

Her upcoming book, “I’m No Angel: From Victoria’s Secret Model to Role Model,” is being released on May 14. The message? “Beauty isn’t about what you look like, it’s about what’s in your heart. That’s the most important thing.”