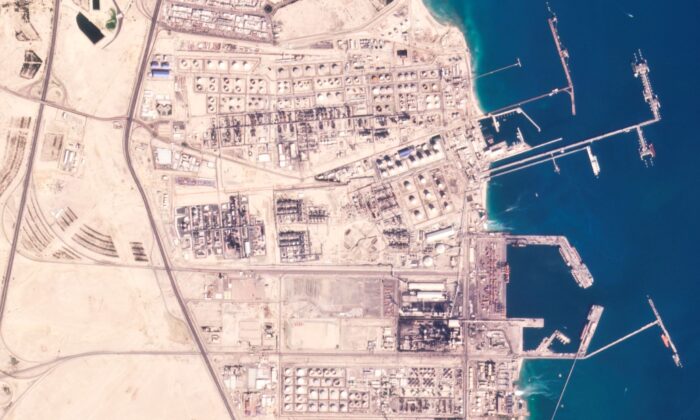 In this satellite photo, the Mina al-Ahmadi oil refinery is seen on Jan. 12, 2021. (Planet Labs PBC via AP)
Middle East

DUBAI, United Arab Emirates—The death toll from a fire at a major oil refinery in Kuwait has been raised to four after two critically injured workers died of their wounds, the Kuwait National Petroleum Company said in a statement Wednesday.

The fire, which erupted Jan. 14 during maintenance work at the Mina al-Ahmadi oil refinery, initially killed two Asian workers, whose bodies were found on site, and had left five others in critical condition.

The state-owned company said that two of the critically injured workers have since died in the hospital while receiving treatment, raising the death toll to four.

The company’s top executive issued a statement in the days after the blaze saying such incidents, while “very painful for us,” are “very likely in a complex industry.”

Kuwait’s Oil Minister Mohammed al-Fares and other top executives of the state-owned oil company visited the refinery immediately after the fire. They were seen fist-bumping members of the fire brigade and standing in front of the site of the blast for photos that were shared by the Kuwait National Petroleum Company’s Twitter account.

It was the second fire in a month at the site. A smaller fire erupted last week at separate petrochemical line run by the company, though no injuries were reported in that blaze.

The Mina al-Ahmadi refinery was built to handle 25,000 barrels of oil a day to supply Kuwait’s domestic market primarily with gasoline and diesel. The facility recently underwent an expansion to reduce its emissions and boost capacity to 346,000 barrels a day.