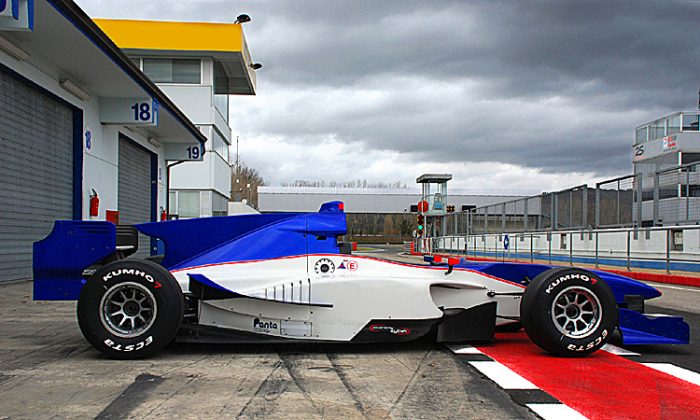 Europe’s Auto GP series, described on its website as having “a car that is quicker than any single-seater in Europe, aside from Formula 1 and GP2,” has chosen Kumho Tyres to supply to the two compounds needed for each race on the series’ seven-event 2012 schedule.

Auto GP sees itself as a training ground for drivers wanting to eventually land Formula One rides. Starting in 2012, the series’ third season, teams will be required to use two different tire compounds in each race, as F1 requires. The idea is to give drivers the experience of learning and managing two different tire compounds at each event, to better prepare them for F1.

Kumho, a Korean-based manufacturer of both street and racing tires, has the experience to provide Auto GP with the racing rubber it needs. The company supplies many teams in Formula 3, and has shod a Le Mans class winner, as well as having produced a tire for F1 (though the company was not chosen by that series.)

Said Steve Thompson, European Motorsport Manager for Kumho Tyres, in a press release: “The new tires provided our designers with a number of challenges. Firstly, they had to be able to deal with the considerable power, speed and downforce created by these cars.

“Secondly, we were required to produce one compound that gave consistent performance throughout and one that initially performed better but also degraded faster, thereby providing the teams with a suitably demanding test of strategy and tire management.

“The first challenge was meat and drink to our designers, owing to the inherent characteristics of our tires. The second request was a harder nut to crack!”

“Right from the start of our talks with Kumho, it was clear that the company’s approach was a very positive one, aimed at giving us the best possible experience in terms of technical support,” said Auto GP Series Organizer Enzo Coloni. “Not only did Kumho accept with enthusiasm our proposal for the two different tire specifications, but it expressed a will to work with us and the teams to achieve the optimum result, something unique in the one-make series scenario.”

Kunho’s Steve Thompson concluded, “Auto GP is the perfect showcase for us to display our ever-increasing capabilities and we will certainly make the most of the opportunity.”