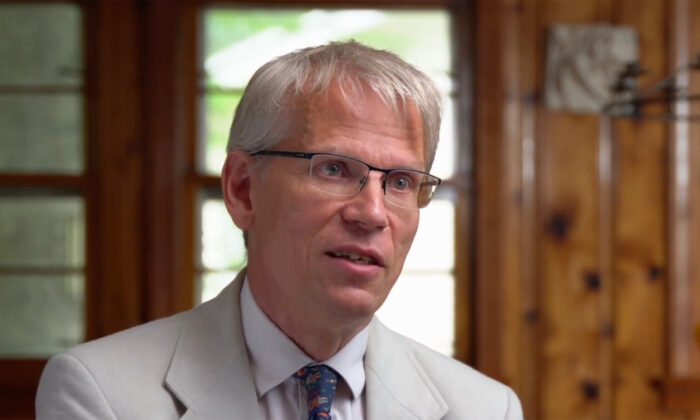 Just a few days ago, I linked to an epic article in the history of the pandemic response. It was posted April 10, 2020, less than a month after lockdowns. The legendary Harvard epidemiologist Martin Kulldorff, whose impeccable academic record includes writing statistical packages used the world over to assess vaccine safety, could not find a publisher for a piece opposing lockdowns. Finally, he decided to post it on his LinkedIn account.

The posting of this article was an important moment in the modern historiography of lockdowns and the response. It became very easily the most important English-language dissent against the unprecedented and catastrophic response deployed by states all over the world. LinkedIn made this possible because it allowed its users the freedom to post their thoughts.

Today, if you try to look at that piece, you will find that it is completely gone. Not only that, but LinkedIn, a platform originally designed to empower workers and professionals to network and find job opportunities to improve their lives, has deleted him as a person.

The full banning is so new that Google still believes that the page is there:

[Note: Kulldorff’s account access was restored by LinkedIn several hours after this article was posted and an explosion of outrage against the company. How many others have not had such access to platforms to defend them against being cancelled? Brownstone is thrilled that his account is back but things should not work this way. And spare us please notes claiming that this was some technical fluke. LinkedIn has repeatedly removed his posts in the past, and mine too, along with sending warnings.]

Not even Archive.org seems to have a snapshot of this page.

One of the world’s important voices for traditional public health practice and the deployment of science in a pandemic has been deplatformed by this Microsoft platform.

Here is where Martin’s personal page resided until just a few hours ago. Here is where his April 10, 2020, article appeared. If you click on that link, you only have a few seconds to observe that it is gone before the software erases reality and replaces it with something else.

Here is where the Archive.org copy of his article resides (and another version), and thank goodness for Archive.org which (for now) somehow prevents the Internet from plunging fully into a complete memory-hole-driven version of an Orwellian model in which we pretend what happened never actually happened.

This article is posted on Brownstone where anyone can read it. But Google makes this complicated. If you look up the exact title of this article, the first link is to the now-defunct LinkedIn version. I scrolled through ten pages of search results and found nothing about the Brownstone version.

DuckDuckGo gives better results, such that the reprinted article on Brownstone appears on page 3. Part of this is algorithmically driven: original versions get much higher search results. What happens when the original version is summarily deleted by the whole platform, without warning, without notice, without announcement? It could take months for the search results to reflect the change, and perhaps the reprinted version will never appear. One never knows.

It’s impossible to avoid the sense that the whole history of the pandemic and the response are being rewritten in real time by Big Tech to cover up what happened, who wrote what and when, and how the thing fleshed itself out in real time. That Kulldorff used the Great Barrington Declaration as his cover picture gives you a hint of where this is going.

And this is only one case about which we currently know. How many others have been deplatformed, made to disappear, vanished from history, deleted from the narrative? This is Orwell stuff, not fiction but reality. And it is going on everywhere. One might have supposed that LinkedIn would somehow be above the fray engaged by low-end platforms like Facebook and Twitter, that it would behave more professionally. Alas, that is not the case.

It’s not just about content. It’s about people’s lives. Martin, like so many millions of others, has invested vast time and focus on his LinkedIn profile. Now the entire thing is deleted—not even in response to anything he lately posted but mostly likely in retaliation for his role in crafting the Great Barrington Declaration, a document which is now on the verge of global fame for being 100 percent correct on the best-possible response.

Now Martin himself has been deplatformed from the world’s most important professional social network—as if he does not matter as a professional or even as a human being. And to be clear: this was not a retaliatory measure against some specific content that he posted lately. It seems to be an attempt to delete his professional influence as a human being.

This is personally very devastating to me because I’ve written so much in defense of LinkedIn as a worker empowerment tool that grants individuals rights to choose their institutional affiliations and carry with them from place to place their own personal networks and thus not to be depersoned by large corporations.

I actually wrote the following (another link to this piece), making points that two years later LinkedIn itself would use in its own corporate promotion:

The genius of LinkedIn: it permits you to say constantly on the job market—cultivating a network—without seeming to be disloyal to your colleagues and managers and bosses. It is a completely unobjectionable thing to put your name up here. And because LinkedIn allows you to create networks based on your current employer, it is even seen as a benefit by your firm. It suggests that you care about your firm. It suggests that you care about your job and are happy to have it be part of your identity…. And contrary to population perception that social media is goofy and that the main purpose of technology is to push more gizmos, LinkedIn really has improved people’s lives and transformed the nature of the job and employee hunt. It has worked to dramatically reduce the information asymmetries that exist between buyers and sells in the labor marketplace.

Sure, all that’s great until—until LinkedIn itself decides to make you and everything you have written and posted suddenly disappear, making it seem as if you do not exist and never have existed. And the company can do this to anyone without exception and for no apparent reason. The tool of “worker empowerment” has become the tool of worker disappearance.

My friends, please take this seriously. Things are changing fast. The history is being rewritten. It seems designed to whitewash the lockdowns, pretending as if there was never any credible opposition. Great scientists are being made to disappear before our eyes. It’s no longer possible to believe that this is some kind of mistake, some fluke in the technology, an overly scrupulous algorithm accidentally targeting the wrong person. This is intentional. This is aggressive. This is being done by human hands with intentionality.

And why? It’s about dogma, about rewriting history, about deplatforming dissent in all its forms, and about an attempt to impose an orthodoxy in which the lockdowners and mandaters are and always were correct. These platforms we once trusted as our friends, places that make our speech freer and our lives better, have become handmaidens of the forces that have taken freedoms from us.