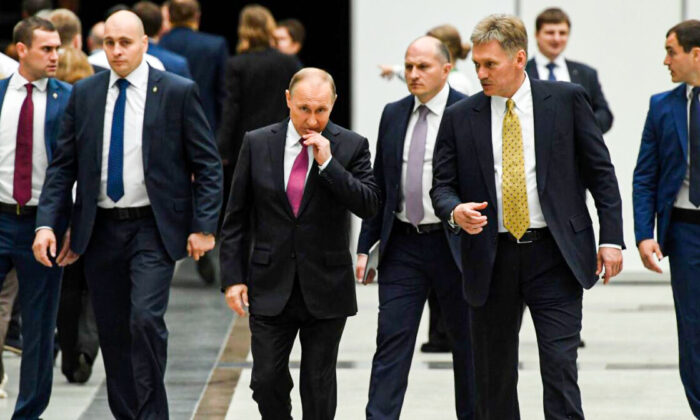 Russia will not implement a pause in its invasion of Ukraine while peace negotiations with the Kyiv government are underway, said Kremlin spokesman Dmitry Peskov on Monday.

“You see, a pause in the operation, any pause, is used by the nationalist units to regroup, used to continue attacks against the Russian military,” Peskov told state-run media, alleging that Russian troops have faced attacks from such groups in Ukraine “on multiple occasions.”

Ukrainian and Western officials have previously accused Russia of using the peace talks to regroup and resupply its invasion. UK Foreign Secretary Liz Truss earlier this month said that Russia was “lying, lying, and lying” by agreeing to the talks, describing them as a “smokescreen” and a “distraction.”

The Kremlin on Monday said that talks between Russia and Ukraine haven’t yielded significant progress despite multiple rounds of negotiations.

Moscow has accused Kyiv of stalling peace talks by making proposals unacceptable for Russia. Ukraine has said it is willing to negotiate but will not surrender or accept Russian ultimatums. More than a week ago, Russian and Ukrainian negotiators said that there was progress made during the talks, although no details were provided.

“For us to speak of a meeting between the two presidents, homework has to be done. Talks have to be held and their results agreed upon,” Peskov remarked Monday. “There has been no significant progress so far.”

Peskov also reiterated claims that Russia was showing more willingness than Ukrainian negotiators to work toward an agreement at the talks.

Top Ukrainian officials rejected a Russian demand to give up the city of Mariupol, which has come under heavy Russian bombardment since the start of the Feb. 24 conflict, with Ukraine accusing Moscow of committing war crimes in the area.

“There can be no question of any surrender, laying down of arms” in Mariupol, Ukrainian Deputy Prime Minister Iryna Vereshchuk told reporters. “We have already informed the Russian side about this.” Meanwhile, Ukrainian Defense Minister Oleksii Reznikov praised the defenders of the city and claimed that “tens of thousands of lives throughout Ukraine were saved.”

Earlier, Colonel-General Mikhail Mizintsev, director of the Russian National Center for Defense Management, told news outlets that troops in Mariupol should “lay down [their] arms,” adding, “All who lay down their arms are guaranteed safe passage out of Mariupol.”

There has been speculation that Russia in recent days has become bogged down in Ukraine and hasn’t made significant progress. But the UK’s Ministry of Defense said Monday that Moscow will likely prioritize an attempt to encircle Kyiv in the coming weeks.

“Despite the continued lack of progress, Kyiv remains Russia’s primary military objective,” the ministry wrote in an update, adding that a “heavy fight continues north of Kyiv.”

In the capital, Kyiv officials imposed a day-and-a-half curfew from Monday night. While suburbs in the path of Russia’s advance have been reduced to rubble, defenders have managed to prevent Kyiv itself from coming under a full-scale assault. However, it has been subjected to shelling and missile strikes nightly. In the latest, authorities said at least eight people were killed by shelling that destroyed a shopping center.

European Union foreign and defense ministers meet on Monday to discuss imposing further sanctions on Moscow, especially whether to introduce an embargo on Russia’s lucrative oil and gas sector.