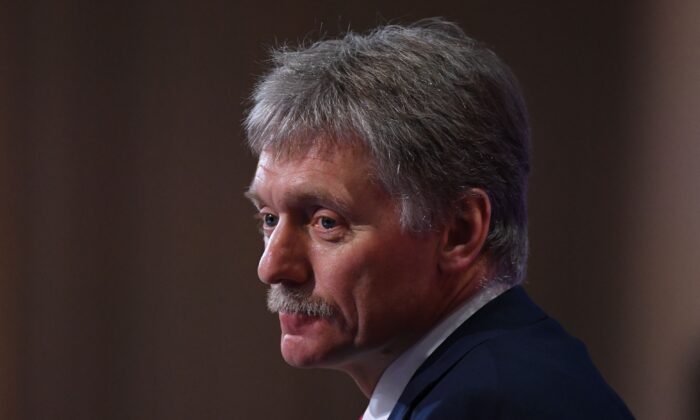 Kremlin Responds After Biden’s Claim Russia May Be Planning Cyberattacks

The Kremlin on March 22 responded to U.S. warnings that Russia may be planning cyberattacks against American companies.

“The Russian Federation, unlike many Western countries including the United States, does not engage in banditry on the state level,” Dmitry Peskov, a Kremlin spokesman, told reporters in Moscow.

Biden told CEOs during a meeting later in the day that “the federal government is doing its part to get ready” but that it should be seen as “a patriotic obligation” for the companies to do their part in investing in defense measures.

“For example, banks can turn on cybersecurity by default for every customer so America’s financial data is safe,” he said.

Anne Neuberger, a White House cybersecurity adviser, said more than 100 private companies were briefed by federal officials on classified information that outlined specifics on the threat from Russia, with an eye towards protecting critical infrastructure.

Russia has been determined to be the source of several major cyberattacks in the past, including an attack on Ukraine’s power grid in 2015. Russian hackers were also identified by U.S. officials as the culprit for an attack against Colonial Pipeline, a major American pipeline operator, in 2021. That attack resulted in the artery going down for weeks, driving up the cost of gasoline.

Biden suggested to Russian President Vladimir Putin in a speech on Feb. 24, as Russian troops invaded Ukraine, that a Russian cyberattack against the United States would lead to a response, though the repercussions weren’t made clear.

Biden was traveling to Europe this week to meet with European leaders to discuss the Russia-Ukraine war, which is still happening as negotiators have not yet been able to reach a ceasefire or peace deal.

Ukrainian President Volodymyr Zelensky on Tuesday said he wants direct talks with Putin after several rounds of negotiations at a lower level failed to yield desired results. Zelensky said he was prepared to discuss the status of Russia-annexed Crimea and separatist regions in eastern Ukraine.

Putin has described the invasion as a special military operation to “demilitarize and de-Nazify” Ukraine while Ukrainian leaders have called the invasion unprovoked.

“The vast majority—and this is evidenced by both the statistics and the polls we spoke about—over 75 percent of citizens support the operation, support the actions of the president of Russia. This is an absolutely undeniable fact,” he said. “You see that there is a very active explanation of the goals and objectives of this operation, the reasons for this operation, and we hope that those who disagree will understand what is happening.”