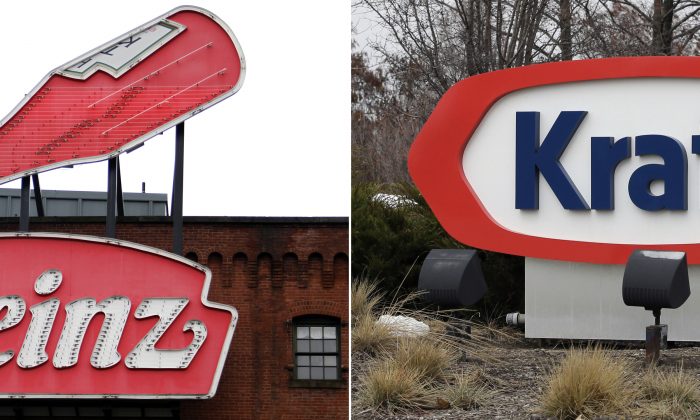 At left, a Heinz ketchup sign is shown on the side of the Senator John Heinz History Center in Pittsburgh. At right, the Kraft logo appears outside of their headquarters in Northfield, Ill. U.S. food giant Kraft Heinz Co. (AP Photo/File)
New York

NEW YORK—U.S. food giant Kraft Heinz Co. confirmed that it’s made an offer to buy Europe’s Unilever and been rejected.

The company said Friday that talks are ongoing, but that no deal can be assured.

Kraft Heinz, maker of Oscar Mayer meats, Jell-O pudding and Velveeta cheese, said there’s no certainty that it will even make another offer.

Kraft Heinz is itself the result of a recent buyout.

Companies like Kraft Heinz and Unilever are trying to catch up to rapidly changing consumer tastes as more people steer clear of processed foods. They are changing up the foods they offer and cutting costs.

Shares of Kraft Heinz and Unilever rose sharply before the opening bell Friday.