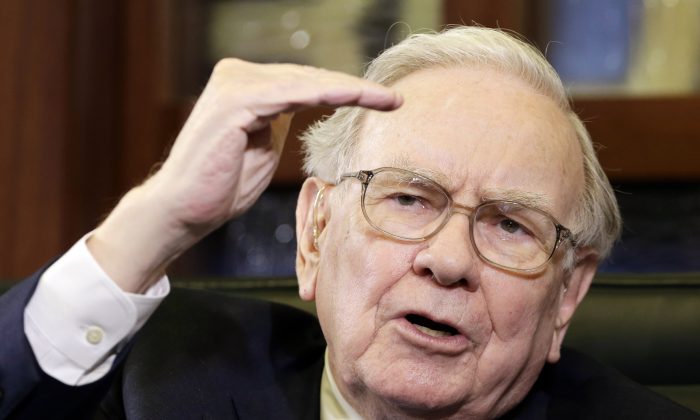 Berkshire Hathaway Chairman and CEO Warren Buffett during an interview in Omaha, Neb., on May 5, 2014. (AP Photo/Nati Harnik)
News

Kraft and Heinz Merge: Is It Worth It?

Warren Buffett usually outperforms the market and makes a lot of money for his shareholders. That’s good. When it comes to the merger of Heinz and Kraft, he might be overdoing it.

The executives are pretty open about what’s exciting about the new deal: “This combination offers significant cash value to our shareholders and the opportunity to be investors in a company very well positioned for growth, especially outside the United States, as we bring Kraft’s iconic brands to international markets. We look forward to uniting with Heinz in what will be an exciting new chapter ahead,” said John Cahill, Kraft chairman and chief executive officer.

They mostly talk about the “significant synergy potential” to the tune of $1.5 billion until the end of 2017. And when they said synergies, they meant cost savings because there aren’t many other synergies of two companies this size with established brands and technology.

Sometimes we need to be reminded that there are more stakeholders than just the shareholders.

Cost savings on the other hand mean massive layoffs as well as a reduction of the quality of the work environment. After Buffett’s co-investor, the Brazilian private equity company 3G, was done at Heinz, more than 7,000 jobs got cut and minifridges for employees were removed from Heinz offices. The benefits of these cost-cutting measures went straight to Berkshire in the form of a $720 million dividend for 2014.

Regarding Kraft, this Citigroup calculation shows how the $1.5 billion in synergies help create value for the shareholders. Their estimate of $82.62 per share for Kraft shareholders is not too far from the $86 the stock is trading on March 25, the day the deal was officially announced.

Making money and cutting costs is not necessarily a bad thing, but sometimes we need to be reminded that there are more stakeholders than just the shareholders.

In American business culture, the client always comes first. But does the consumer come first in this transaction? Not really, according to Matthew D’Uva, president of SOCAP International, an association of customer care executives.

“As a result of any merger, there will be new ideas, but I think consumers will see the same quality as before. The companies are committed to doing the things that their companies always do.”

He said the companies look at customer care from a brand perspective anyway and it doesn’t make a big difference having 8 or 16 brands under one umbrella.

“When I define brands, I don’t think about the brand being Kraft Foods, I think about the individual products that Kraft produces.” He does however believe that some brands might have better ideas than others and those can then be shared within a larger organization.

Another stakeholder in the company is the employees and they are getting the short end of the stick. Assuming the combined entity can save $200,000 for every employee it fires, it would have to fire 7,500 people if all the synergies were to come from layoffs.

Of course, some of them will come in other forms like better deals from suppliers, but it’s not unreasonable to expect 5,000 to 7,000 Kraft and Heinz employees to be handed pink slips over the next two years.

At this point, we are allowed to ask the question of whether this exercise is really worth it. Instead of distributing wealth among 7,500 people who actually work and then spend it across their communities, Berkshire and 3G will just add to the billions they control already. All they do with the money is go out and complete the same exercise with other companies.

At this point it becomes clear that mergers like these look great in a spreadsheet but actually do not create any real value across the whole spectrum of society.