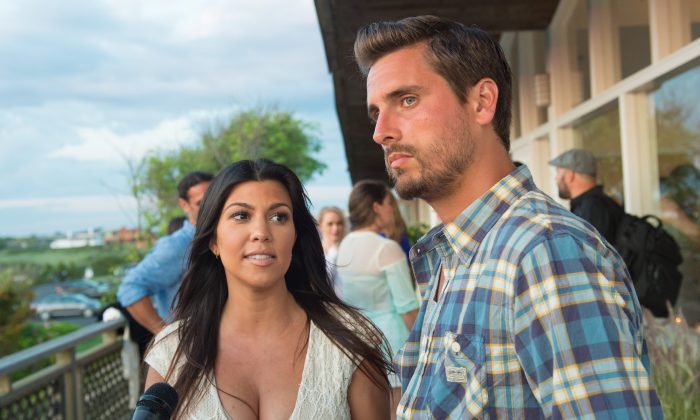 Scott Disick and Kourtney Kardashian attend the "Party Under The Stars" benefit hosted by Women's Health and Feed at the Bridgehampton Tennis and Surf Club on Saturday, Aug. 9, 2014 in New York. (Scott Roth/Invision/AP)
Entertainment

A new report says that Kourtney Kardashian has asked Scott Disick to check into rehab after recently relapsing and consuming alcohol.

Disick was hospitalized earlier this summer after allegedly drinking too much alcohol.

The experience prompted Disick to change his ways but he recently appeared drunk at an appearance earlier this month at Foxwwod’s casino in Connecticut.

“He looked exhausted and rough, like he was hungover,” an eyewitness told InTouch.

A source told the magazine that Disick and a friend got “completely wasted–blackout drunk” the previous evening.

“Maybe he really wanted to stop cold turkey, but he can’t,” the source said.

The source said that Kourtney wants Disick to enter rehab.

“Kourtney is scared that if he doesn’t get help he could end up dead,” the source said, adding that she “asks him daily to go to rehab” and “can’t take it anymore” in regards to his boozing.

He’s drinking every single day … he drinks vodka martinis on the rocks, so people assume he’s drinking water … the whole family thinks she should go to rehab.”